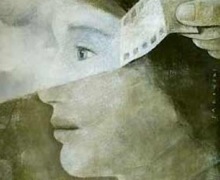 The 20th century brought with it upheavals that produced a series of conflicting developments within philosophy over the basis of knowledge and the validity of various absolutes. With classical certainties thought to be overthrown, and new social, economic, scientific, ethical, and logical problems, 20th-century philosophy was set for a series of attempts variously to reform, preserve, alter, abolish, previously conceived limits.

New studies in philosophy of science, philosophy of mathematics, and epistemology furthered seemingly antagonistic tendencies in accounting for consciousness and its objects, as expressed in the profound differences between analytic and continental philosophy, both of which had foundations in place at the beginning of the century. Advances in relativity, quantum, and nuclear physics, generative sciences like cognitive science, cybernetics, genetics, and generative linguistics, rich literary output, and the emergence of the motion picture as an art form greatly enriched philosophical subject matter.

Just as profoundly, historical events such as the World Wars, the Russian Revolution, the near collapse of European parliamentary democracy in the 1930s and 1940s, the Holocaust, the use of atomic weapons on Imperial Japan, continued colonial violence, the foundation of the United Nations, the elaboration of new doctrines of human rights, the Vietnam War, the failure of revolutionary sentiment in 1968, the collapse of the Soviet Union and its client states, continuing inequities in global development and civil society, the resurgence of "fundamental" religious identity in Christian, Jewish, Islamic, and Hindu contexts, and seemingly irrepressible if intermittent genocidal activity called into question many philosophical doctrines on human rationality and created ever sharper demands on moral, political philosophy, and philosophy of religion.

Postmodern philosophy is often particularly skeptical about simple binary oppositions characteristic of structuralism, emphasizing the problem of the philosopher cleanly distinguishing knowledge from ignorance, social progress from reversion, dominance from submission, and presence from absence.[1][2]

It was greatly influenced by the writings of Søren Kierkegaard and Friedrich Nietzsche in the 19th century and other early 20th century philosophers, including phenomenologists Edmund Husserl and Martin Heidegger, psychoanalyst Jacques Lacan, structuralist Roland Barthes, and the linguistic/therapeutic philosopher, Ludwig Wittgenstein. Postmodern philosophy also drew from the world of the arts, particularly Marcel Duchamp and artists who practiced collage.

The most influential early postmodern philosophers were Michel Foucault, Jean-François Lyotard, and Jacques Derrida. Foucault approached postmodern philosophy from a historical perspective, building upon structuralism, but at the same time rejecting structuralism by re-historicizing and destabilizing the philosophical structures of Western thought.Template:Fact} He also argued that knowledge is defined and changed by the operation of power.

In America, the most famous postmodernist is Richard Rorty. Originally an analytic philosopher, Rorty believed that combining Willard Van Orman Quine's criticism of the analytic-synthetic distinction with Wilfrid Sellars's critique of the "Myth of the Given" allowed for an abandonment of the view of the thought or language as a mirror of a reality or external world. Further, drawing upon Donald Davidson's criticism of the dualism between conceptual scheme and empirical content, he challenges the sense of questioning whether our particular concepts are related to the world in an appropriate way, whether we can justify our ways of describing the world as compared with other ways. He argued that truth was not "out-there", but was in language and language was whatever served our purposes in any particular time; ancient languages are sometimes untranslatable into modern ones. Donald Davidson is not usually considered a postmodernist, although he and Rorty have both acknowledged that there are few differences between their philosophies.[1] An interview with Rorty] Davidson, D., 1986, "A Coherence Theory of Truth and Knowledge," Truth And Interpretation, Perspectives on the Philosophy of Donald Davidson, ed. Ernest LePore, Basil Blackwell, Oxford, afterwords.

The writings of Lyotard were largely concerned with the role of narrative in human culture, and particularly how that role has changed as we have left modernity and entered a "postindustrial" or postmodern condition. He argued that modern philosophies legitimized their truth-claims not (as they themselves claimed) on logical or empirical grounds, but rather on the grounds of accepted stories (or "metanarratives") about knowledge and the world -- comparing these with Wittgenstein's concept of language-games. He further argued that in our postmodern condition, these metanarratives no longer work to legitimize truth-claims. He suggested that in the wake of the collapse of modern metanarratives, people are developing a new "language game" -- one that does not make claims to absolute truth but rather celebrates a world of ever-changing relationships (among people and between people and the world).

Derrida, the father of deconstruction, practiced philosophy as a form of textual criticism. He criticized Western philosophy as privileging the concept of presence and logos, as opposed to absence and markings or writings. Derrida thus claimed to have deconstructed Western philosophy by arguing, for example, that the Western ideal of the present logos is undermined by the expression of that ideal in the form of markings by an absent author.Template:Fact Thus, to emphasize this paradox, Derrida reformalized human culture as a disjoint network of proliferating markings and writings, with the author being absent.Template:Fact

Though Derrida and Foucault are cited as postmodern philosophers, each has rejected many of the other's views. Like Lyotard, both are skeptical of absolute or universal truth-claims. Unlike Lyotard, however, they are (or seem) rather more pessimistic about the emancipatory claims of any new language-game; thus some would characterize them as post-structuralist rather than postmodernist.

Postmodern philosophy is very similar to post-structuralism. Whether one considers the two identical or fundamentally different generally depends on how invested one is in the issues. People who are opposed to either postmodernism or poststructuralism often lump them together; advocates on the other hand, make finer distinctions.

As with post-structuralism, deconstruction is often considered with or as postmodern philosophy.

Postmodern philosophy is often subject to scathing criticism, accused of self-refuting relativism and intellectual irresponsibility. Its defenders claim that its terminology and positions are often misrepresented by its critics.

While some critics claim that postmodern skepticism appears similar to relativism or even nihilism, defenders of post-modernism in turn sometimes argue that there is a distinct difference: while relativism and nihilism are generally viewed as an abandonment of meaning and authority, postmodern philosophy is generally viewed as an openness to meaning and authority from unexpected places, so that the ultimate source of authority is the "play" of the discourse itself.

For the most part, postmodern philosophy has spawned substantial literature of critical theory. Other areas of production have included deconstruction and several areas beginning with the prefix "post-", such as post-structuralism, post-Marxism, and post-feminism.