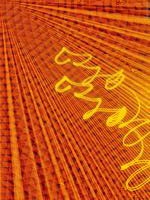 Emergent energies are the passive presence of the primary force organizers is sufficient to transform space potency into primordial force, and it is upon such an activated space field that these same force organizers begin their initial and active operations. Primordial force is destined to pass through two distinct phases of transmutation in the realms of energy manifestation before appearing as universe power. These two levels of emerging energy are:

This is the powerful-directional, mass-movemented, mighty-tensioned, and forcible-reacting energy—gigantic energy systems set in motion by the activities of the primary force organizers. This primary or puissant energy is not at first definitely responsive to the Paradise-gravity pull though probably yielding an aggregate-mass or space-directional response to the collective group of absolute influences operative from the nether side of Paradise. When energy emerges to the level of initial response to the circular and absolute-gravity grasp of Paradise, the primary force organizers give way to the functioning of their secondary associates.

The now-appearing gravity-responding energy carries the potential of universe power and becomes the active ancestor of all universe matter. This secondary or gravity energy is the product of the energy elaboration resulting from the pressure-presence and the tension-trends set up by the Associate Transcendental Master Force Organizers. In response to the work of these force manipulators, space-energy rapidly passes from the puissant to the gravity stage, thus becoming directly responsive to the circular grasp of Paradise (absolute) gravity while disclosing a certain potential for sensitivity to the linear-gravity pull inherent in the soon appearing material mass of the electronic and the postelectronic stages of energy and matter. Upon the appearance of gravity response, the Associate Master Force Organizers may retire from the energy cyclones of space provided the Universe Power Directors are assignable to that field of action.

We are quite uncertain regarding the exact causes of the early stages of force evolution, but we recognize the intelligent action of the Ultimate in both levels of emergent-energy manifestation. Puissant and gravity energies, when regarded collectively, are spoken of on Uversa as ultimata.