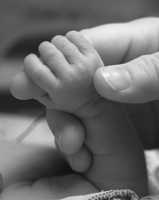 b (1) : asserting that the grammatical subject of a verb is subjected to or affected by the action represented by that verb <the passive voice> (2) : containing or yielding a passive verb form
c (1) : lacking in energy or will : lethargic (2) : tending not to take an active or dominant part
d : induced by an outside agency <passive exercise of a paralyzed leg>

b : of, relating to, or making direct use of the sun's heat usually without the intervention of mechanical devices <a passive solar house>
c : latent
d (1) : of, relating to, or characterized by a state of chemical inactivity; especially : resistant to corrosion (2) : not involving expenditure of chemical energy <passive transport across a cell membrane> e of an electronic element : exhibiting no gain or control
f : relating to the detection of an object through its emission of energy or sound <passive sonar>

b : existing or occurring without being active, open, or direct <passive support>

For lessons on the topic of Passivity, follow this link.

Passive voice is a grammatical voice common in many of the world's languages. Passive is used in a clause whose subject expresses the theme or patient of the main verb. That is, the subject undergoes an action or has its state changed. A sentence whose theme is marked as grammatical subject is called a passive sentence. In contrast, a sentence in which the subject has the agent role is called an active sentence, and its verb is expressed in active voice. Many languages have both an active and a passive voice; this allows for greater flexibility in sentence construction, as either the semantic agent or patient may take the syntactic role of subject.

The use of passive voice allows speakers to organize stretches of discourse by placing figures other than the agent in subject position. This may be used to foreground the patient, recipient, or other thematic role. Passive voice may also be useful when the semantic patient is the topic of on-going discussion.

The wine is carried by the servant.
(Compare this sentence, which gives the same information in the active voice:
Servus vinum portat, The servant carries the wine.)
Retrieved from "http://nordan.daynal.org/w/index.php?title=Passive&oldid=133652"
Categories: