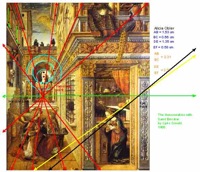 The word linear comes from the Latin word linearis, which means created by lines. In mathematics, a linear map or function f(x) is a function which satisfies the following two properties...

The concept of linearity can be extended to linear operators. Important examples of linear operators include the derivative considered as a differential operator], and many constructed from it, such as del and the Laplacian. When a differential equation can be expressed in linear form, it is particularly easy to solve by breaking the equation up into smaller pieces, solving each of those pieces, and adding the solutions up.

Nonlinear equations and functions are of interest to physicists and mathematicians because they can be used to represent many natural phenomena, including chaos.[1]