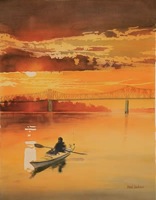 For lessons on the topic of Endurance, follow this link.

b. Durance, captivity, imprisonment. Obs.
c. Of inanimate things: the power of holding out; the capacity (e.g. of steel) of withstanding strain.

b. Protraction of an existing condition.

b. To keep up with. Obs. rare.
c. To be continued through space; to extend from one point to another. Obs. rare.
d. quasi-trans. with out: To last out, persist during the continuance of (an event or action).

b. Of things: To support (a strain, pressure, wear and tear, etc.) without receiving injury; formerly also absol. Also in weaker sense, to undergo, suffer, be subjected to.
c. To withstand as an adversary, support, sustain.

Endurance (also called sufferance) is the ability for an animal to exert itself for a long period of time. In humans, it is usually used in aerobic or anaerobic exercise. The definition of 'long' varies according to the type of exertion - minutes for high intensity anaerobic exercise, hours or days for low intensity. Training for endurance can have a negative impact on the ability to exert strength unless an individual also undertakes resistance training to counteract this effect.[1]