From Nordan Symposia
(Redirected from Experiments)
Jump to navigationJump to search 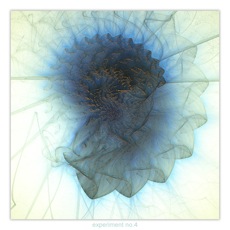 In scientific inquiry, an experiment (Latin: ex- periri, "to try out") is a method of investigating particular types of research questions or solving particular types of problems. The experiment is a cornerstone in the empirical approach to acquiring deeper knowledge about the world and is used in both natural sciences as well as in social sciences.

An experiment is defined, in science, as a method of investigating less known fields, solving practical problems and proving theoretical assumptions.

For lessons on the topic of Experiment, follow this link.

An experiment can be thought of as a specific type of method used in scientific inquiries, usually to study causality. Often the objective is to test a hypothesis: i.e. a tentative explanation of a phenomenon or mechanism of causality. The essence of an experiment is to introduce a change in a system (the independent variable) and to study the effect of this change (the dependent variable). Two fundamental considerations of experimental design are:

In a very strict application of the experimental method, hypotheses are tested by critical experiments: ones that can falsify the hypothesis in the case of a non-result (i.e., an experiment showing that the independent variable did not affect the dependent variable as predicted). Such pure applications are rare, however, in part because a result can sometimes be challenged on the basis that an experiment was not sufficiently controlled, that the dependent variable was not valid, or that various forms of error compromised the experiment. The scientific method, as a result, builds in the need for reproducibility (usually termed "replication") and convergent evidence (see also: external validity). The design of experiments attempts to balance the requirements and limitations of the field of science in which one works so that the experiment can provide the best conclusion about the hypothesis being tested. In some sciences, such as physics and chemistry, it is relatively easy to meet the requirements that all measurements be made objectively, and that all conditions can be kept controlled across experimental trials. On the other hand, in other cases such as biology, and medicine, it is often hard to ensure that the conditions of an experiment are performed consistently; and in the social sciences, it may even be difficult to determine a method for measuring the outcomes of an experiment in an objective manner.

For this reason, sciences such as physics and several other fields of natural science are sometimes informally referred to as "hard sciences", while social sciences are sometimes informally referred to as "soft sciences"; in an attempt to capture the idea that objective measurements are often far easier in the former, and far more difficult in the latter.

In addition, in the social sciences, the requirement for a "controlled situation" may actually work against the utility of the hypothesis in a more general situation. When the desire is to test a hypothesis that works "in general", an experiment may have a great deal of "internal validity", in the sense that it is valid in a highly controlled situation, while at the same time lack "external validity" when the results of the experiment are applied to a real world situation. One of the reasons why this may happen is the Hawthorne effect; another is that partial equilibrium effects may not persist in general equilibrium.

As a result of these considerations, experimental design in the "hard" sciences tends to focus on the elimination of extraneous effects, while experimental design in the "soft" sciences focuses more on the problems of external validity, often through the use of statistical methods. Occasionally events occur naturally from which scientific evidence can be drawn, which is the basis for natural experiments. In such cases the problem of the scientist is to evaluate the natural "design".

To demonstrate a cause and effect hypothesis, an experiment must often show that, for example, a phenomenon occurs after a certain treatment is given to a subject, and that the phenomenon does not occur in the absence of the treatment. (See Baconian method.)

An example that is often used in teaching laboratories is a controlled protein assay. Students might be given a fluid sample containing an unknown (to the student) amount of protein. It is their job to correctly perform a controlled experiment in which they determine the concentration of protein in fluid sample (usually called the "unknown sample"). The teaching lab would be equipped with a protein standard solution with a known protein concentration. Students could make several positive control samples containing various dilutions of the protein standard. Negative control samples would contain all of the reagents for the protein assay but no protein. In this example, all samples are performed in duplicate. The assay is a colorimetric assay in which a spectrophotometer can measure the amount of protein in samples by detecting a colored complex formed by the interaction of protein molecules and molecules of an added dye. In the illustration, the results for the diluted test samples can be compared to the results of the standard curve (the blue line in the illustration) in order to determine an estimate of the amount of protein in the unknown sample.

Controlled experiments can be performed when it is difficult to exactly control all the conditions in an experiment. In this case, the experiment begins by creating two or more sample groups that are probabilistically equivalent, which means that measurements of traits should be similar among the groups and that the groups should respond in the same manner if given the same treatment. This equivalency is determined by statistical methods that take into account the amount of variation between individuals and the number of individuals in each group. In fields such as microbiology and chemistry, where there is very little variation between individuals and the group size is easily in the millions, these statistical methods are often bypassed and simply splitting a solution into equal parts is assumed to produce identical sample groups.

Once equivalent groups have been formed, the experimenter tries to treat them identically except for the one variable that he or she wishes to isolate. Human experimentation requires special safeguards against outside variables such as the placebo effect. Such experiments are generally double blind, meaning that neither the volunteer nor the researcher knows which individuals are in the control group or the experimental group until after all of the data have been collected. This ensures that any effects on the volunteer are due to the treatment itself and are not a response to the knowledge that he is being treated.

In human experiments, a subject (person) may be given a stimulus to which he or she should respond. The goal of the experiment is to measure the response to a given stimulus by a test method.

Much research in several important science disciplines, including economics, political science, geology, paleontology, ecology, meteorology, and astronomy, relies on quasi-experiments. For example, in astronomy it is clearly impossible, when testing the hypothesis "suns are collapsed clouds of hydrogen", to start out with a giant cloud of hydrogen, and then perform the experiment of waiting a few billion years for it to form a sun. However, by observing various clouds of hydrogen in various states of collapse, and other implications of the hypothesis (for example, the presence of various spectral emissions from the light of stars), we can collect data we require to support the hypothesis. An early example of this type of experiment was the first verification in the 1600s that light does not travel from place to place instantaneously, but instead has a measurable speed. Observation of the appearance of the moons of Jupiter were slightly delayed when Jupiter was farther from Earth, as opposed to when Jupiter was closer to Earth; and this phenomenon was used to demonstrate that the difference in the time of appearance of the moons was consistent with a measurable of speed.

Observational studies are very much like controlled experiments except that they lack probabilistic equivalency between groups. These types of experiments often arise in the area of medicine where, for ethical reasons, it is not possible to create a truly controlled group. For example, one would not want to deny all forms of treatment for a life-threatening disease from one group of patients to evaluate the effectiveness of another treatment on a different group of patients. The results of observational studies are considered much less convincing than those of designed experiments, as they are much more prone to selection bias. Researchers attempt to compensate for this with complicated statistical methods such as propensity score matching methods (see hierarchy of evidence). See also quasi-empirical methods

Field experiments are so named in order to draw a contrast with laboratory experiments. Often used in the social sciences, and especially in economic analyses of education and health interventions, field experiments have the advantage that outcomes are observed in a natural setting rather than in a contrived laboratory environment. However, like natural experiments, field experiments suffer from the possibility of contamination: experimental conditions can be controlled with more precision and certainty in the lab.

"In religion, Jesus advocated and followed the method of experience, even as modern science pursues the technique of experiment.195:5.14

"We have to learn again that science without contact with experiments is an enterprise which is likely to go completely astray into imaginary conjecture." — Hannes Alfven

"Today's scientists have substituted mathematics for experiments, and they wander off through equation after equation, and eventually build a structure which has no relation to reality." — Nikola Tesla