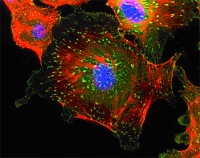 According to Etymology Online the verb assay, at least since the 13th century meant "to try, endeavor, strive; test the quality of," from Anglo-Fr. assaier, from assai (n.), from O.Fr. essai "trial". And the noun assay thus means "trial, test of quality, test of character," mid-14c., from Anglo-Fr. assai and Meaning "analysis" is from late 14c. For assay of currency coins this literally meant analysis of the purity of the gold or silver or whatever precious component used to represent the true value of the coin. This might have translated later (possibly after 14th century) into a generalized meaning of analysis e.g. of important/principle component of a target inside a mixture such as active ingredient of a drug inside the inert excipients in a pharmacological formulation which originally used to be measured by its actual action on an organism (e.g. lethal dose or inhibitory dose).

An assay is an investigative (analytic) procedure in laboratory medicine, pharmacology, environmental biology, and molecular biology for qualitatively assessing or quantitatively measuring the presence or amount or the functional activity of a target entity (the analyte) which can be a drug or biochemical substance or a cell in an organism or organic sample. The measured entity is generally called the analyte, or the measurand or the target of the assay. The assay usually aims to measure an intensive property of the analyte and express it in the relevant measurement unit (e.g. molarity, density, functional activity in enzyme international units, degree of some effect in comparison to a standard, etc.).

If the assay involves addition of exogenous reactants (the reagents), their quantities are kept fixed (or in excess) so that the quantity (and quality) of the target is the only limiting factor for the reaction/assay process, and the difference in the assay outcome is used to deduce the unknown quality or quantity of the target in question. Some assays (e.g., biochemical assays) may be similar to or have overlap with chemical analysis and titration. But generally assays involve biological material or phenomena which tend to be intrinsically more complex either in composition or in behavior or both. Thus reading of an assay may be quite noisy and may involve greater difficulties in interpretation than an accurate chemical titration. On the other hand older generation qualitative assays especially bioassays may be much more gross and less quantitative (e.g., counting death or dysfunction of an organism or cells in a population, or some descriptive change in some body part of a group of animals).

In modern practice Assays have become a routine part of medical, environmental, pharmaceutical, forensic and many other businesses at various scales from industrial to curbside or field level. Those assays that have very high commercial demand have been well investigated in research and development sectors of professional industries and have gone through various generations of development of better and sophisticated assays that have become copyrighted intellectual properties through highly competitive process patenting. These kind of industrial scale assays are often done in well equipped laboratories and use high level of automation in organizing the procedure, right from ordering of an assay, to pre-analytic sample processing (sample collection, necessary manipulations e.g. spinning for separation or other processes, aliquoting if necessary, storage, retrieval, pipetting/aspiration etc.) and are generally tested in high thruput AutoAnalyzers and the results are verified, and transmitted automatically back to the ordering service providers and the end users. These are made possible through use of advanced Laboratory informatics system that interfaces with multiple computer terminals with end users as well as central servers and the physical autoanalyser instruments and other automata.[1]