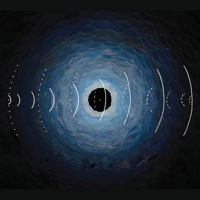 In game theory, a focal point (also called Schelling point) is a solution that people will tend to use in the absence of communication, because it seems natural, special or relevant to them. The concept was introduced by the Nobel Prize winning American economist Thomas Schelling in his book The Strategy of Conflict (1960). In this book (at p. 57), Schelling describes "focal point[s] for each person’s expectation of what the other expects him to expect to be expected to do." This type of focal point later was named after Schelling.

Consider a simple example: two people unable to communicate with each other are each shown a panel of four squares and asked to select one; if and only if they both select the same one, they will each receive a prize. Three of the squares are blue and one is red. Assuming they each know nothing about the other player, but that they each do want to win the prize, then they will, reasonably, both choose the red square. Of course, the red square is not in a sense a better square; they could win by both choosing any square. And it is the "right" square to select only if a player can be sure that the other player has selected it; but by hypothesis neither can. It is the most salient, the most notable square, though, and lacking any other one most people will choose it, and this will in fact (often) work.

Schelling himself illustrated this concept with the following problem: Tomorrow you have to meet a stranger in NYC. Where and when do you meet them? This is a Coordination game, where any place in time in the city could be an equilibrium solution. Schelling asked a group of students this question, and found the most common answer was "noon at (the information booth at) Grand Central Station." There is nothing that makes "Grand Central Station" a location with a higher payoff (you could just as easily meet someone at a bar, or the public library reading room), but its tradition as a meeting place raises its salience, and therefore makes it a natural "focal point."