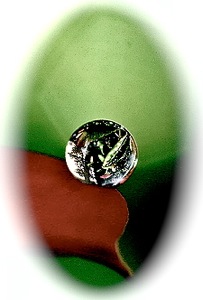 Inertia is the resistance of any physical object to a change in its state of relative motion. It is represented numerically by an object's mass. The principle of inertia is one of the fundamental principles of classical physics which are used to describe the motion of matter and how it is affected by applied forces. Inertia comes from the Latin word, "iners", meaning idle, or lazy. Sir Isaac Newton defined inertia in Definition 3 of his Philosophiæ Naturalis Principia Mathematica, which states:[1]

The vis insita, or innate force of matter is a power of resisting, by which every body, as much as in it lies, endeavors to preserve in its present state, whether it be of rest, or of moving uniformly forward in a straight line.

In common usage, however, people may also use the term "inertia" to refer to an object's "amount of resistance to change in velocity" (which is quantified by its mass), or sometimes to its momentum, depending on the context (e.g. "this object has a lot of inertia"). The term "inertia" is more properly understood as shorthand for "the principle of inertia" as described by Newton in his First Law of Motion. This law, expressed simply, says that an object that is not subject to any net external force moves at a constant velocity. In even simpler terms, inertia means that an object will always continue moving at its current speed and in its current direction until some force causes its speed or direction to change. This would include an object that is not in motion (velocity = zero), which will remain at rest until some force causes it to move.

For lessons on the topic of Inertia, follow this link.

On the surface of the Earth the nature of inertia is often masked by the effects of friction, which generally tends to decrease the speed of moving objects (often even to the point of rest), and by the acceleration due to gravity. The effects of these two forces misled classical theorists such as Aristotle, who believed that objects would move only as long as force was being applied to them.[2][1]