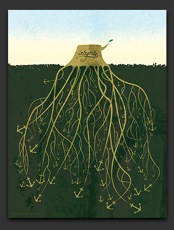 Integrity comprises perceived consistency of actions, values, methods, measures and principles. A value system's depth and range of applicable interaction are also significant factors due to their congruence with empirical observation. A value system may evolve over time while retaining integrity if those who espouse the values account for and resolve inconsistencies.

Integrity may be seen as the quality of having a sense of honesty and truthfulness in regard to the motivations for one's actions. The term hypocrisy is often used in contrast to integrity to assert that one part of a value system is demonstrably at odds with another, and to demand that the parties holding apparently conflicting values account for the discrepancy or change their beliefs to improve internal consistency.

For lessons on the topic of Integrity, follow this link.

One can test a value system's accountability either:

A value in mathematics consists of an assumption from which one can extrapolate implementation or other values. A value system comprises a set of consistent values and measures. A system with perfect integrity yields a singular extrapolation which one can test via the scientific method.

Scientific integrity relies on a set of testing principles known as the scientific method. To the extent that a proof follows the requirements of the method, scholars consider that proof scientific. The scientific method includes measures to ensure unbiased testing and a requirement that the hypothesis have falsifiability.

One tests the integrity of a value system scientifically by using the values, methods and measures of the system to formulate a hypothesis of an expected cause-and-effect relationship. When the cause creates the expected effect consistently amongst multiple unbiased testers, the value system is said to have integrity.

For example, Newtonian physics, general relativity and quantum mechanics are three distinct value systems fundamentally at odds with each other that all been scientifically proven to have integrity according to their base assumptions and measures. None of them are considered to be absolute truth. Scientific testing cannot be used to identify absolute truth because every scientific test assumes base principles, values, methods and measures which are not proofed as part of the test. Rather, the Scientific Method is used to proof the integrity of a value system and establish its conclusions as being consistent with the assumptions used, thereby enabling further extrapolation within that domain.

In discussions on behavior and morality, one view of the property of integrity sees it as the virtue of basing actions on an internally-consistent framework of principles. This scenario may emphasize depth of principles and adherence of each level to the next. One can describe a person as having integrity to the extent that everything that that person does or believes: actions, methods, measures and principles — all derive from the same core group of values and form a stable value system.

Some regard integrity as a virtue in that they see accountability and moral responsibility as necessary tools for maintaining consistency between one's actions and one's principles, methods and measures, especially when an expected result appears incongruent with observed outcome.

Some commentators stress the idea of integrity as personal honesty: acting according to one's beliefs and values at all times. Speaking about integrity can emphasize the "wholeness" or "intactness" of a moral stance or attitude. Some views of wholeness may also emphasize commitment and authenticity.

If we define a value as an assumption upon which to extrapolate either implementation or other values, then a value system emerges as a set of consistent values and measures.

People "have integrity" to the extent that other people judge whether they behave according to the values, beliefs and principles they claim to hold. The etymology of the word "integrity" relates it to the Latin adjective integer (whole, complete).

Integrity can comprise the personal inner sense of "wholeness" deriving from (say) honesty and consistency of character.

Hypocrisy — the opposite of integrity — results when one part of a value system becomes demonstrably at odds with another and the person or group of people holding those values fails to account for the discrepancy.

Many people appear to use the word "integrity" in a vague manner as an alternative to the perceived political incorrectness of using blatantly moralistic terms such as "good" or ethical. In this sense the term often refers to a refusal to engage in lying, blaming or other behavior generally seeming to evade accountability.

Popular discussions of integrity often see the concept as an all-or-nothing affair: one describes an approved person as "having integrity" (as an absolute), but condemns an enemy or a collective enemy organization as "completely lacking in integrity".

English-speakers may measure integrity in non-enumerated units called "scraps", speaking of preserving one's "last scraps of integrity" or having "not a scrap of integrity". This may imply that integrity in such situations can appear brittle or fragile — and apt to tarnish or decay.

There exists, however a more formal study of the term "integrity" and its meaning in modern ethics. Commentators see integrity not only as a refusal to engage in behavior that evades responsibility, but as an understanding of different modes or styles in which some discourse takes place, and which aims at the discovery of truth.

Integrity [...] requires three steps: (1) discerning what is right and what is wrong; (2) acting on what you have discerned, even at personal cost; and (3) saying openly that you are acting on your understanding of right from wrong.[...] Integrity [...] is not the same as honesty [...]

On page 242 Carter credits influence "to some extent by the fine discussion of integrity in Martin Benjamin's book Splitting the Difference: Compromise and Integrity in Ethics and Politics (ISBN 0-06-092807-7, Lawrence University Press of Kansas, 1990).

An adversarial process can have general integrity when both sides demonstrate willingness to share evidence, follow guidelines of debate and accept rulings from an arbitrator in a good-faith effort to arrive at either the truth or a mutually equitable outcome. An honorable presentation of the case measures both sides of the argument with a consistent set of principles. Failure to present principles in accordance with observation or to try them unequally can weaken a case.

Integrity (honesty) tests aim to identify which persons may hide perceived negative or derogatory events from their past (such as doing prison time, getting psychiatric treatment, alcohol problems, etc.) and to identify to a prospective employer likely causes of strife. These tests make certain assumptions, namely [1] that such persons report more dishonest behavior, they try to find reasons in order to justify such behavior, they think others more likely to commit crimes (like theft, for example), they exhibit impulsive behavior and tend to think that society should severely punish deviant behavior.

The pretension of such tests to detect fake answers plays a crucial role in this respect, because the naive really believe such outright lies and behave accordingly, reporting their past deviance because they fear that otherwise their answers will reveal it. The more Pollyannaish the answers, the higher the integrity score.

“Integrity can be compared to a great smoothie. It consists of many healthy and tasteful virtues such as discernment, loyalty, courage, honesty, and humility all mixed together to form one outstanding quality. Not only is it rewarding in the end, but the act of striving for it is well worth the effort.” -Unknown Author

Another use of the term "integrity" defines it as a model of workability. See abstract of Harvard Business School NOM Research Paper NO. 06-11 and Barbados Group Working Paper NO. 06-03 at: [2]

"Integrity exists in a positive realm devoid of normative content. Integrity is thus not about good or bad, or right or wrong, or what should or should not be. [...] We assert that integrity (the condition of being whole and complete) is a necessary condition for workability, and that the resultant level of workability determines the available opportunity for performance.