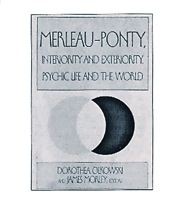 In general, the interior of something refers to the space or part inside of it, excluding any kind of wall or boundary around its outside. Commonly referenced interiors are those of houses and cars. It has different, more specific definitions in different contexts.

The relationship between the mental landscape of the interior and the physical landscape of the exterior is a crucial aspect of the flâneur narrator's effectiveness as a literary device; it is also a subject that is explored at length in Thoreau's essay "Walking." Here, the principles which he applies are not only applicable to his own practice of "sauntering," but can be applied to this study's definition of flânerie as well.

Thoreau was known to walk for several hours each day. In line with the transcendental belief that "a person's inner resources are sufficient to meet any challenge, that following the intuitions of one's own genius leads to unexpected success", it is not surprising that someone like Thoreau would find an unplanned walk into the wilderness to be a promising way of allowing his intuitions the freedom and means necessary to work wonders in his life.

Thoreau discovered these transcendental virtues "in the realities of everyday existence, primarily through sauntering, a form of walking which lead to self-discovery and spiritual renewal" (Smith 130). Each walk for Thoreau "marked an attempt to discover within himself the thoughts and intuitions which would tell him who he was, how he was to live, and what his proper relationship should be to self, nature, and God". He considered these daily adventures to be a vital means of preserving his health, both physically and psychologically, and he developed the activity into an art form. [1]

I Met The Walrus