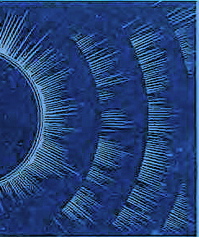 In science, the term natural science refers to a rational approach to the study of the universe, which is understood as obeying rules or laws of natural origin. The term natural science is also used to distinguish those fields that use the scientific method to study nature from the social sciences, which use the scientific method to study human behavior and society, and from the formal sciences, such as mathematics and logic, which use a different methodology.

Alongside this traditional usage, the phrase natural sciences is also sometimes used more narrowly to refer to its everyday usage, that is, related to natural history. In this sense "natural sciences" may refer to the biological sciences and perhaps also the earth sciences, as distinguished from the physical sciences, including astronomy, physics, and chemistry.

Within the natural sciences, the term hard science is sometimes used to describe those sub-fields that rely on experimental, quantifiable data or the scientific method and focus on accuracy and objectivity. These usually include physics, chemistry and many of the sub-fields of biology. By contrast, soft science is often used to describe the scientific fields that are more reliant on qualitiative research, including the social sciences.

Prior to the 17th century, the objective study of nature was known as natural philosophy. Over the next two centuries, however, a philosophical interpretation of nature was gradually replaced by a scientific approach using inductive methodology. The works of Sir Francis Bacon popularized this approach, thereby helping to forge the scientific revolution.

By the 19th century the study of science had come into the purview of professionals and institutions, and in so doing it gradually acquired the more modern name of natural science. The term scientist was coined by William Whewell in an 1834 review of Mary Somerville's On the Connexion of the Sciences. However the word did not enter general use until nearly the end of the same century.

According to a famous 1923 textbook Thermodynamics – and the Free Energy of Chemical Substances by the American chemist Gilbert N. Lewis and the American physical chemist Merle Randall, the natural sciences contain three great branches:

Aside from the logical and mathematical sciences, there are three great branches of natural science which stand apart by reason of the variety of far reaching deductions drawn from a small number of primary postulates - they are the mechanics, electrodynamics, and thermodynamics.}}

This discipline is the science of celestial objects and phenomena that originate outside the Earth's atmosphere. It is concerned with the evolution, physics, chemistry, meteorology, and motion of celestial objects, as well as the formation and development of the universe. Astronomy includes the examination, study and modeling of stars, planets, comets, galaxies and the cosmos. Most of the information used by astronomers is gathered by remote observation, although some laboratory reproduction of celestial phenomenon has been performed (such as the molecular chemistry of the interstellar medium.)

While the origins of the study of celestial features and phenomenon can be traced back to antiquity, the scientific methodology of this field began to develop in the middle of the seventeenth century. A key factor was Galileo's introduction of the telescope to examine the night sky in more detail. The mathematical treatment of astronomy began with Newton's development of celestial mechanics and the laws of gravitation, although it was triggered by earlier work of astronomers such as Kepler. By the nineteenth century, astronomy had developed into a formal science with the introduction of instruments such as the spectroscope and photography, along with much improved telescopes and the creation of professional observatories.

This field encompasses a set of disciplines that examines phenomena related to living organisms. The scale of study can range from sub-component biophysics up to complex ecologies. Biology is concerned with the characteristics, classification and behaviors of organisms, as well as how species were formed and their interactions with each other and the natural environment.

The biological fields of botany, zoology, and medicine date back to early periods of civilization, while microbiology was introduced in the 17th century with the invention of the microscope. However it was not until the 19th century that biology became a unified science; once scientists discovered commonalities between all living things it was decided they were best studied as a whole. Some key developments in the science of biology were the discovery of genetics; Darwin's theory of evolution through natural selection; the germ theory of disease and the application of the techniques of chemistry and physics at the level of the cell or organic molecule.

Constituting the scientific study of matter at the atomic and molecular scale, chemistry deals primarily with collections of atoms, such as gases, molecules, crystals, and metals. The composition, statistical properties, transformations and reactions of these materials are studied. Chemistry also involves understanding the properties and interactions of individual atoms for use in larger-scale applications. Most chemical processes can be studied directly in a laboratory, using a series of (often well-tested) techniques for manipulating materials, as well as an understanding of the underlying processes. Chemistry is often called "the central science" because of its role in connecting the other natural sciences.

Early experiments in chemistry had their roots in the system of Alchemy, a set of beliefs combining mysticism with physical experiments. The science of chemistry began to develop with the work of Robert Boyle, the discoverer of gas, and Antoine Lavoisier, who developed the theory of the Conservation of mass. The discovery of the chemical elements and the concept of Atomic Theory began to systematize this science, and researchers developed a fundamental understanding of states of matter, ions, chemical bonds and chemical reactions. The success of this science led to a complementary chemical industry that now plays a significant role in the world economy.

Earth science (also known as geoscience, the geosciences or the Earth Sciences), is an all-embracing term for the sciences related to the planet Earth, including geology, geophysics, hydrology, meteorology, physical geography, oceanography, and soil science.

The field of physics is extremely broad, and can include such diverse studies as quantum mechanics and theoretical physics to applied physics and optics. Modern physics is becoming increasingly specialized, where researchers tend to focus on a particular area rather than being "universalists" like Albert Einstein and Lev Landau, who worked in multiple areas.

A particular example of a scientific discipline that draws upon multiple natural sciences is Environmental science. This field studies the interactions of physical, chemical and biological components of the environment, with a particular regard to the effect of human activities and the impact on biodiversity and sustainability. This science also draws upon expertise from other fields such as economics, law and social sciences.