From Nordan Symposia
(Redirected from Oppressive)
Jump to navigationJump to search 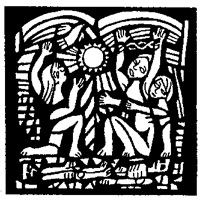 b : something that oppresses especially in being an unjust or excessive exercise of power

Oppression is the exercise of authority or power in a burdensome, cruel, or unjust manner.[1] It can also be defined as an act or instance of oppressing, the state of being oppressed, and the feeling of being heavily burdened, mentally or physically, by troubles, adverse conditions, and anxiety

When oppression is systematized through coercion, threats of violence, or violence by government agencies or non-government paramilitiaries with a political motive, it is often called political repression. More subtle forms of political oppression/repression can be produced by blacklisting or individualized investigations such as happened during McCarthyism in the United States.

In sociology and psychology, internalized oppression is the manner in which an oppressed group comes to use against itself the methods of the oppressor. For example, sometimes members of marginalized groups hold an oppressive view toward their own group, or start to believe in negative stereotypes.