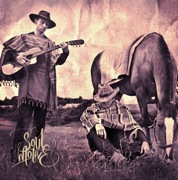 Middle English: from Old French motif (adjective used as a noun), from late Latin motivus, from movere ‘to move.’

For lessons on the related topic of Motivation, follow this link.

Motivation is the internal condition that activates behavior and gives it direction; energizes and directs goal-oriented behavior. The term is generally used for human motivation but, theoretically, it can be used to describe the causes for animal behavior as well. This article refers to human motivation. According to various theories, motivation may be rooted in the basic need to minimize physical pain and maximize pleasure, or it may include specific needs such as eating and resting, or a desired object, hobby, goal, state of being, ideal, or it may be attributed to less-apparent reasons such as altruism, morality, or avoiding mortality.

Intrinsic motivation comes from rewards inherent to a task or activity itself - the enjoyment of a puzzle or the love of playing basketball, for example. One is said to be intrinsically motivated when engaging in an activity "with no apparent reward except for the activity itself".[1] This form of motivation has been studied by social and educational psychologists since the early 1970s. Research has found that it is usually associated with high educational achievement and enjoyment by students. Intrinsic motivation has been explained by Fritz Heider's attribution theory, Bandura's work on self-efficacy [2], and Ryan and Deci's cognitive evaluation theory. Students are likely to be intrinsically motivated if they:

In sports, the crowd may cheer the performer on, and this motivates him or her to do well. Trophies are also extrinsic incentives. Competition is often extrinsic because it encourages the performer to win and beat others, not to enjoy the intrinsic rewards of the activity.

Social psychological research has indicated that extrinsic rewards can lead to overjustification and a subsequent reduction in intrinsic motivation. Extrinsic incentives sometimes can weaken the motivation as well. In one classic study done by Green & Lepper, children who were lavishly rewarded for drawing with felt-tip pens later showed little interest in playing with the pens again.

The self-control of motivation is increasingly understood as a subset of emotional intelligence; a person may be highly intelligent according to a more conservative definition (as measured by many intelligence tests), yet unmotivated to dedicate this intelligence to certain tasks. Yale School of Management professor Victor Vroom's "expectancy theory" provides an account of when people will decide whether to exert self control to pursue a particular goal.

Drives and desires can be described as a deficiency or need that activates behaviour that is aimed at a goal or an incentive. These are thought to originate within the individual and may not require external stimuli to encourage the behaviour. Basic drives could be sparked by deficiencies such as hunger, which motivates a person to seek food; whereas more subtle drives might be the desire for praise and approval, which motivates a person to behave in a manner pleasing to others. By contrast, the role of extrinsic rewards and stimuli can be seen in the example of training animals by giving them treats when they perform a trick correctly. The treat motivates the animals to perform the trick consistently, even later when the treat is removed from the process.[1]