From Nordan Symposia
(Redirected from Prisoner)
Jump to navigationJump to search 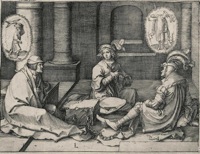 Middle English, from Anglo-French, from Latin prehension-, prehensio act of seizing, from prehendere to seize

A prison (from Old French prisoun) is a place in which people are physically confined and, usually, deprived of a range of personal freedoms. Other terms are penitentiary, correctional facility, and jail (or gaol), although in the United States "jail" and "prison" refer to different subtypes of correctional facility. Prisons are conventionally institutions which form part of the criminal justice system of a country, such that imprisonment or incarceration is a legal penalty that may be imposed by the state for the commission of a crime.

A criminal suspect who has been charged with or is likely to be charged with criminal offense may be held on remand in prison if he is denied or unable to meet conditions of bail, or is unable or unwilling to post bail. A criminal defendant may also be held in prison while awaiting trial or a trial verdict. If found guilty, a defendant will be convicted and may receive a custodial sentence requiring imprisonment.

As well as convicted or suspected criminals, prisons may be used for internment of those not charged with a crime. Prisons may also be used as a tool of political repression to detain political prisoners, prisoners of conscience, and "enemies of the state", particularly by authoritarian regimes. In times of war or conflict, prisoners of war may also be detained in prisons. A prison system is the organizational arrangement of the provision and operation of prisons, and depending on their nature, may invoke a corrections system. Although people have been imprisoned throughout history, they have also regularly been able to perform prison escapes.