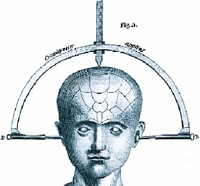 Pseudoscience is a methodology, belief, or practice that is claimed to be scientific, or that is made to appear to be scientific, but which does not adhere to an appropriate scientific methodology, lacks supporting evidence or plausibility, or otherwise lacks scientific status. The term comes from the Greek prefix pseudo- (false or pretending) and "science" (from Latin scientia, meaning "knowledge"). An early recorded use was in 1843 by French physiologist François Magendie, who is considered a pioneer in experimental physiology.

The term is inherently pejorative, because it is used to assert that something is being inaccurately or deceptively portrayed as science.[8][9] Accordingly, those labeled as practicing or advocating a "pseudoscience" normally dispute this characterization. There is disagreement among philosophers of science and among commentators in the scientific community about whether there is a reliable objective way to distinguish "pseudoscience" from non-mainstream "science".

Professor Paul DeHart Hurd1 argued that a large part of gaining scientific literacy is "being able to distinguish science from pseudo-science such as astrology, quackery, the occult, and superstition". As it is taught in certain introductory science classes, pseudoscience is any subject that appears superficially to be scientific, or whose proponents state that it is scientific, but which nevertheless contravenes the testability requirement or substantially deviates from other fundamental aspects of the scientific method.

Pseudoscience has been characterised by the use of vague, exaggerated or untestable claims, over-reliance on confirmation rather than refutation, lack of openness to testing by other experts, and a lack of progress in theory development.[1]