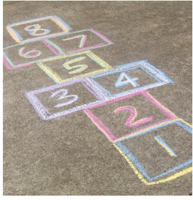 Latin recessus, from recedere to recede

b : alcove <a recess lined with books>

Recess is a general term for a period of time in which a group of people is temporarily dismissed from its duties. In parliamentary procedure, a recess is initiated by a motion to recess. It was invented by Bronson Alcott, who wanted his students to have active physical play and time to talk.

In education, "recess" is the North American term (known as "playtime" or "break" in the UK and Ireland, sometimes "playlunch" or "little lunch" in Australia, or "interval" or "morning tea" in New Zealand) for a daily period, typically ten to thirty minutes, in elementary school where students are allowed to leave the school's interior to enter its adjacent outdoor playground, where they can play on recreational equipment, such as seesaws and swing sets, or engage in activities such as basketball, dodgeball, or four square.

Importance of play in child development

Although no formal education exists during recess, sociologists and psychologists consider recess an integral portion of child development, to teach them the importance of social skills and physical education. Play is essential for children to develop not only their physical abilities, but also their intellectual, social, and moral capabilities. Via play, children are able to learn about the world around them. By role playing, children are able to experience, and gain insight on, a socio-emotional level. Psychomotor learning also gives children clues on how the world around them works as they can physically demonstrate such skills. Children need the freedom to play in order to learn skills necessary to become competent adults such as coping with stress and problem solving. Through the means of caregiver's observations of children’s play, one is able to identify deficiencies in children’s development.

If the weather is bad, recess may be held indoors, in the classroom, where the students finish work, play board games or other activities that take more than one to play. This helps encourage group activity and some of the games are also educational. Or, they might play educational computer games or read books.

Data suggests that students who lack opportunities for play do not grow into happy, well adjusted adults, and, although schools are now focusing their attention on the test scores while eliminating recess/physical education, studies show that recess and/or P.E. actually increase test scores as the students produce dopamine, a neurotransmitter involved in memory and problem solving.

Childhood obesity and type 2 diabetes are also a major concern as the United States youth do not get the physical outlet needed not only for their cognitive development but for their physical health.