From Nordan Symposia
(Redirected from Rewarding)
Jump to navigationJump to search 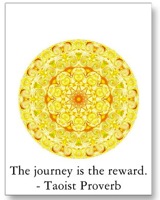 Middle English, from Anglo-French regarder, rewarder to look back at, regard, care for, recompense 14th Century

A bounty (from Latin bonitās, goodness) is a payment or reward often offered by a group as an incentive for the accomplishment of a task by someone usually not associated with the group. Bounties are most commonly issued for the capture or retrieval of a person or object. They are typically in the form of money. By definition bounties can be retracted at any time by whomever issued them. Two modern examples of bounties are the bounty placed for the capture of Saddam Hussein and his sons by the United States and Microsoft's bounty for computer virus creators. Those who make a living by pursuing bounties are known as bounty hunters.[1]