From Nordan Symposia
(Redirected from Rightmindedness)
Jump to navigationJump to search 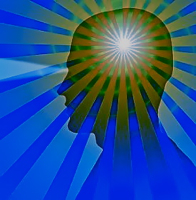 Described as a calm awareness of one's body functions, feelings, content of consciousness, or consciousness itself, it is the seventh element of the Noble Eightfold Path, the practice of which supports analysis resulting in the development of discernment (Pali: paññā, Sanskrit: prajñā). The Satipatthana Sutta (Sanskrit: Smṛtyupasthāna Sūtra) is one of the foremost early texts dealing with mindfulness. A key innovative teaching of the Buddha was that meditative stabilisation must be combined with a liberating cognition.

Mindfulness practice, inherited from the Buddhist tradition, is increasingly being employed in Western psychology to alleviate a variety of mental and physical conditions, including obsessive-compulsive disorder and anxiety and in the prevention of relapse in depression and drug addiction.[2] See also Mindfulness (psychology).

For lessons on various forms of Mindfulness, follow this link'.

The Buddhist term translated into English as "mindfulness" originates in the Pali term sati and its Sanskrit counterpart smṛti. The latter was translated into Tibetan as trenpa (wylie: dran pa) and Chinese as nian 念.

The Pali language scholar Thomas William Rhys Davids (1881) first translated sati as English mindfulness in sammā-sati "Right Mindfulness; the active, watchful mind". Noting that Daniel John Gogerly (1845) initially rendered sammā-sati as "Correct meditation", Davids explained, "sati is literally 'memory' but is used with reference to the constantly repeated phrase 'mindful and thoughtful' (sato sampagâno); and means that activity of mind and constant presence of mind which is one of the duties most frequently inculcated on the good Buddhist."

The English term mindfulness has been in use for centuries, long predating its use in the Buddhist context. The OED defines it as "The state or quality of being mindful; attention; regard", with obsolete meanings of "memory" and "intention, purpose". This word was first recorded as myndfulness in 1530 (Palsgrave translates French pensee) , as mindfulnesse in 1561, and mindfulness in 1817. Morphologically earlier terms include mindful (first recorded in 1340), mindfully (1382), and the obsolete mindiness (ca. 1200).[1]