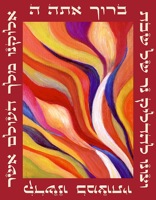 b : Sunday observed among Christians as a day of rest and worship

For lessons on the related topic of Ritual, follow this link.

Sabbath or a sabbath is generally a weekly day of rest and/or time of worship observed in Abrahamic religions and other practices. Many viewpoints and definitions have arisen over the millennia. The term has been used to describe a similar weekly observance in any of several other traditions; the new moon; any of seven annual festivals in Judaism and some Christian traditions; any of eight annual pagan festivals (usually "sabbat"); an annual secular holiday; and a year of rest in religious or secular usage, originally every seventh year.

The term "Sabbath" derives from the Hebrew Shabbat (שַׁבָּת), "to cease", which was first used in the Biblical account of the seventh day of Creation (Genesis 2:2-3). Observation and remembrance of Sabbath is one of the Ten Commandments (the fourth in the original Jewish, the Eastern Orthodox, and most Protestant traditions, the third in Roman Catholic and Lutheran traditions). Most people who observe Biblical Sabbath regard it as having been instituted as a "perpetual covenant [for] the people of Israel" (Exodus 31:13-17), a sign in respect for the day during which God rested after having completed the Creation in six days (Exodus 20:8-11), and for God's deliverance from the Egyptian seven-day workweek (Deuteronomy 5:12-15); Isaiah extends the term to include even corrupted rest-day traditions (Isaiah 1:13). Sabbath desecration was originally officially punishable by death (Exodus 31:15). Observance in Hebrew Scriptures was universally from sixth-day evening to seventh-day evening (Nehemiah 13:19, cf. Leviticus 23:32) on a seven-day week.[1]