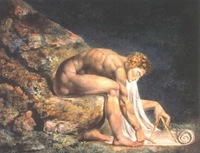 Scientism is a term used, often pejoratively, to refer to belief in the universal applicability of the scientific method and approach, and the view that empirical science constitutes the most authoritative worldview or most valuable part of human learning to the exclusion of other viewpoints. It has been defined as "the view that the characteristic inductive methods of the natural sciences are the only source of genuine factual knowledge and, in particular, that they alone can yield true knowledge about man and society." An individual who subscribes to scientism is referred to as a scientismist. The term scientism frequently implies a critique of the more extreme expressions of logical positivism and has been used by social scientists such as Friedrich Hayek, philosophers of science such as Karl Popper, and philosophers such as Hilary Putnam and Tzvetan Todorov to describe the dogmatic endorsement of scientific methodology and the reduction of all knowledge to only that which is measurable.

Scientism may refer to science applied "in excess". The term scientism can apply in either of two equally pejorative senses:

The term is also used to highlight the possible dangers of lapses towards excessive reductionism in all fields of human knowledge.

For sociologists in the tradition of Max Weber, such as Jürgen Habermas, the concept of scientism relates significantly to the philosophy of positivism, but also to the cultural rationalization of the modern West.

E. F. Schumacher, in his A Guide for the Perplexed, criticized scientism as an impoverished worldview confined solely to what can be counted, measured and weighed. "The architects of the modern worldview, notably Galileo and Descartes, assumed that those things that could be weighed, measured, and counted were more true than those that could not be quantified. If it couldn't be counted, in other words, it didn't count."[1]