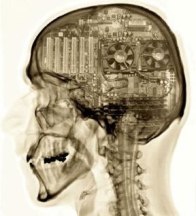 For lessons on the related topic of Materialism, follow this link.

Reductionism can mean either (a) an approach to understanding the nature of complex things by reducing them to the interactions of their parts, or to simpler or more fundamental things or (b) a philosophical position that a complex system is nothing but the sum of its parts, and that an account of it can be reduced to accounts of individual constituents. This can be said of objects, phenomena, explanations, theories, and meanings.

Reductionism does not preclude the existence of what might be called emergent phenomena, but it does imply the ability to understand those phenomena completely in terms of the processes from which they are composed. This reductionist understanding is very different from that usually implied by the term 'emergence', which typically intends that what emerges is more than the sum of the processes from which it emerges.

Religious reductionism generally consists of explaining religion by boiling it down to certain nonreligious causes. A few examples of reductionistic attempts to explain the presence of religion are: the view that religion, could be reduced to humanity’s conceptions of right and wrong; the belief that religion is fundamentally a primitive attempt at controlling our environments; or in the opinion of religion, as a way to explain the existence of a physical world. Typical religious reductionists are such theorists as Edward Burnett Tylor and James Frazer. Sigmund Freud's idea that religion is nothing more than an illusion, or even a mental illness, and the Marxist view that religion is "the sigh of the oppressed," providing only "the illusory happiness of the people," are two other influential reductionist explanations of religion.