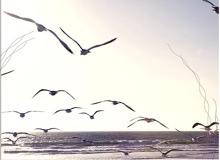 In psychology, self-esteem reflects a person's overall evaluation or appraisal of his or her own worth.

Synonyms or near-synonyms of self-esteem include: self-worth, self-regard, self-respect, self-love (which can express overtones of self-promotion), and self-integrity. Self-esteem is distinct from self-confidence and self-efficacy, which involve beliefs about ability and future performance.

For lessons on the topic of Self Esteem, follow this link.

History of the concept

The Oxford English Dictionary[6] traces the use of the word "self-esteem" in English back as far as 1657. John Milton is argued to have first coined this term.

The term self-esteem entered more mainstream psychological use in the work of the American psychologists and philosophers Lorne Park and William James in 1890, after being in the proto-psychological lore of phrenology in the 19th century.

Self-esteem has become the third most frequently occurring theme in psychological literature: as of 2003 over 25,000 articles, chapters, and books referred to the topic.

Given its long and varied history, the term has had no less than three major types of definition, each of which has generated its own tradition of research, findings, and practical applications:

1. The original definition presents self-esteem as a ratio found by dividing one’s successes in areas of life of importance to a given individual by the failures in them or one’s “success / pretensions”. Problems with this approach come from making self-esteem contingent upon success: this implies inherent instability because failure can occur at any moment. 2. In the mid 1960s Morris Rosenberg and social-learning theorists defined self-esteem in terms of a stable sense of personal worth or worthiness, (see Rosenberg self esteem scale). This became the most frequently used definition for research, but involves problems of boundary-definition, making self-esteem indistinguishable from such things as narcissism or simple bragging. 3. Nathaniel Branden in 1969 briefly defined self-esteem as "...the experience of being competent to cope with the basic challenges of life and being worthy of happiness". This two-factor approach, as some have also called it, provides a balanced definition that seems to be capable of dealing with limits of defining self-esteem primarily in terms of competence or worth alone.

1. self-esteem as a basic human need, i.e., "...it makes an essential contribution to the life process", "...is indispensable to normal and healthy self-development, and has a value for survival." 2. self-esteem as an automatic and inevitable consequence of the sum of individuals' choices in using their consciousness. 3. something experienced as a part of, or background to, all of the individuals thoughts, feelings and actions.

Compare the usage of terms such as self-love or self-confidence.

Implicit self-esteem is assessed using indirect measures of cognitive processing. These include the Name Letter Task and the Implicit Association Test. Such indirect measures are designed to reduce awareness of, or control of, the process of assessment. When used to assess implicit self-esteem, they feature stimuli designed to represent the self, such as personal pronouns (e.g., "I") or letters in one's name.[1]