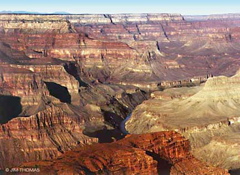 New Latin, from Latin, spread, bed, from neuter of stratus, past participle of sternere to spread out

b : a region of the sea or atmosphere that is analogous to a stratum of the earth
c : a layer of tissue <deep stratum of the skin>
d : a layer in which archaeological material (as artifacts, skeletons, and dwelling remains) is found on excavation

b : a socioeconomic level of society comprising persons of the same or similar status especially with regard to education or culture

In geology and related fields, a stratum (plural: strata) is a layer of sedimentary rock or soil with internally consistent characteristics that distinguish it from other layers. The "stratum" is the fundamental unit in a stratigraphic column and forms the basis of the study of stratigraphy.

When planning civil engineering projects or other large constructions, the strata of the area where the construction takes place is a significant factor in design decisions. For example if a canal is to be built on a route where the strata are not watertight, the canal will have to be lined with some form of waterproof material (usually clay).

Each layer is generally one of a number of parallel layers that lie one upon another, laid down by natural forces. They may extend over hundreds of thousands of square kilometers of the Earth's surface. Strata are typically seen as bands of different colored or differently structured material exposed in cliffs, road cuts, quarries, and river banks. Individual bands may vary in thickness from a few millimeters to a kilometer or more. Each band represents a specific mode of deposition: river silt, beach sand, coal swamp, sand dune, lava bed, etc.

Geologists study rock strata and categorize them by the material of beds. Each distinct layer is typically assigned to the name of sheet, usually based on a town, river, mountain, or region where the formation is exposed and available for study. For example, the Burgess Shale is a thick exposure of dark, occasionally fossiliferous, shale exposed high in the Canadian Rockies near Burgess Pass. Slight distinctions in material in a formation may be described as "members" (or sometimes "beds"). Formations are collected into "groups" while groups may be collected into "supergroups".