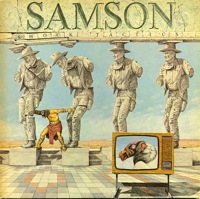 1a : the science and art of disposing and maneuvering forces in combat

b : the art or skill of employing available means to accomplish an end

2: a system or mode of procedure 3: the study of the grammatical relations within a language including morphology and syntax

The terms tactic and strategy are often confused: tactics are the actual means used to gain an objective, while strategy is the overall campaign plan, which may involve complex operational patterns, activity, and decision-making that lead to tactical execution. The United States Department of Defense Dictionary of Military Terms defines the tactical level as

...The level of war at which battles and engagements are planned and executed to accomplish military objectives assigned to tactical units or task forces. Activities at this level focus on the ordered arrangement and maneuver of combat elements in relation to each other and to the enemy to achieve combat objectives.”

If, for example, the overall goal is to win a war against another country, one strategy might be to undermine the other nation's ability to wage war by preemptively annihilating their military forces. The tactics involved might describe specific actions taken in specific locations, like surprise attacks on military facilities, missile attacks on offensive weapon stockpiles, and the specific techniques involved in accomplishing such objectives.[1]