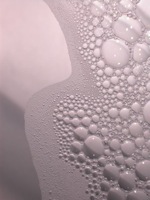 Trial and error, or trial by error or try an error, is a general method of problem solving, fixing things, or for obtaining knowledge. "Learning doesn't happen from failure itself but rather from analyzing the failure, making a change, and then trying again." This approach can be seen as one of the two basic approaches to problem solving and is contrasted with an approach using insight and theory.

This approach is more successful with simple problems and in games, and is often resorted to when no apparent rule applies. This does not mean that the approach need be careless, for an individual can be methodical in manipulating the variables in an attempt to sort through possibilities that may result in success. Nevertheless, this method is often used by people who have little knowledge in the problem area.

Ashby (1960, section 11/5) offers three simple strategies for dealing with the same basic exercise-problem; and they have very different efficiencies: Suppose there are 1000 on/off switches which have to be set to a particular combination by random-based testing, each test to take one second. The strategies are:

Note the tacit assumption here that no intelligence or insight is brought to bear on the problem. However, the existence of different available strategies allows us to consider a separate ("superior") domain of processing — a "meta-level" above the mechanics of switch handling — where the various available strategies can be randomly chosen. Once again this is "trial and error", but of a different type. This leads us to:

Ashby's book develops this "meta-level" idea, and extends it into a whole recursive sequence of levels, successively above each other in a systematic hierarchy. On this basis he argues that human intelligence emerges from such organization: relying heavily on trial-and-error (at least initially at each new stage), but emerging with what we would call "intelligence" at the end of it all. Thus presumably the topmost level of the hierarchy (at any stage) will still depend on simple trial-and-error.

Traill suggests that this Ashby-hierarchy probably coincides with Piaget's well-known theory of developmental stages. After all, it is part of Piagetian doctrine that children learn by first actively doing in a more-or-less random way, and then hopefully learn from the consequences — which all has a certain resemblance to Ashby's random "trial-and-error".

The basic strategy in many fields?

Traill follows Jerne and Popper in seeing this strategy as probably underlying all knowledge-gathering systems — at least in their initial phase.

Four such systems are identified:

Trial and error has a number of features:

Trial and error has traditionally been the main method of finding new drugs, such as antibiotics. Chemists simply try chemicals at random until they find one with the desired effect. In a more sophisticated version, chemists select a narrow range of chemicals it is thought may have some effect. (The latter case can be alternatively considered as a changing of the problem rather than of the solution strategy: instead of "What chemical will work well as an antibiotic?" the problem in the sophisticated approach is "Which, if any, of the chemicals in this narrow range will work well as an antibiotic?") The method is used widely in many disciplines, such as polymer technology to find new polymer types or families.

The scientific method can be regarded as containing an element of trial and error in its formulation and testing of hypotheses. Also compare genetic algorithms, simulated annealing and reinforcement learning - all varieties for search which apply the basic idea of trial and error.

Biological evolution is also a form of trial and error. Random mutations and sexual genetic variations can be viewed as trials and poor reproductive fitness, or lack of improved fitness, as the error. Thus after a long time 'knowledge' of well-adapted genomes accumulates simply by virtue of them being able to reproduce.

Bogosort, a conceptual sorting algorithm (that is extremely inefficient and impractical), can be viewed as a trial and error approach to sorting a list. However, typical simple examples of bogosort do not track which orders of the list have been tried and may try the same order any number of times, which violates one of the basic principles of trial and error. Trial and error is actually more efficient and practical than bogosort; unlike bogosort, it is guaranteed to halt in finite time on a finite list, and might even be a reasonable way to sort extremely short lists under some conditions.

Issues with trial and error

Trial and error is usually a last resort for a particular problem, as there are a number of problems with it. For one, trial and error is tedious and monotonous. Also, it is very time-consuming; chemical engineers must sift through millions of various potential chemicals before they find one that works. Fortunately, computers are best suited for trial and error; they do not succumb to the boredom that humans do, and can potentially do thousands of trial-and-error segments in the blink of an eye.