From Nordan Symposia
(Redirected from Tribunals)
Jump to navigationJump to search 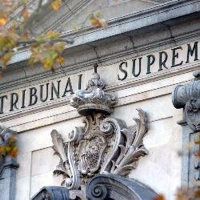 Middle English, from Latin, platform for magistrates, from tribunus tribune

Tribunal in the general sense is any person or institution with the authority to judge, adjudicate on, or determine claims or disputes—whether or not it is called a tribunal in its title. For example, an advocate appearing before a Court on which a single Judge was sitting could describe that judge as 'their tribunal'. Many governmental bodies that are titled 'tribunals' are so described to emphasize the fact that they are not courts of normal jurisdiction. For example the International Criminal Tribunal for Rwanda is a body specially constituted under international law; in Great Britain, Employment Tribunals are bodies set up to hear specific employment disputes. Private judicial bodies are also often styled 'tribunals'. The word 'tribunal' is not conclusive of a body's function. [1]