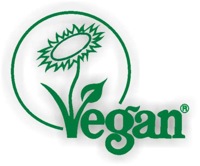 The word "vegan" was coined in 1944 by Donald Watson, founder of the Vegan Society, who combined the first three and last two letters of vegetarian to form "vegan," which he saw as "the beginning and end of vegetarian. Vegan is pronounced /ˈviːɡən/[18]. Some people pronounce vegan as /ˈvɛdʒən/, but Watson and the North American Vegetarian Society consider the latter pronunciation to be incorrect.

In 1951, the Vegan Society formally defined veganism as "the doctrine that man should live without exploiting animals.” According to this understanding, veganism is not itself a set of actions or practices but instead “a principle, from which certain practices logically flow.”

For lessons on the related topic of Nutrition, follow this link.

The Vegan Society has also used other definitions, which put more emphasis on veganism as a practice or lifestyle:

The word "veganism" denotes a philosophy and way of living which seeks to exclude — as far as is possible and practical — all forms of exploitation of, and cruelty to, animals for food, clothing or any other purpose; and by extension, promotes the development and use of animal-free alternatives for the benefit of humans, animals and the environment. In dietary terms it denotes the practice of dispensing with all products derived wholly or partly from animals.

Other vegan societies use similar definitions. In addition, the words “vegan” and “veganism” are often used to refer to a plant-based diet alone, without any connection to ethical or social motivations. Activists commonly argue for different interpretations of the terms, and an agreed-upon definition is hard to come by.

Veganism is a philosophy and lifestyle whose adherents seek to exclude the use of animals for food, clothing, or any other purpose. Vegans endeavor not to use or consume animal products of any kind. The most common reasons for becoming a vegan are human health, ethical commitment or moral conviction concerning animal rights or welfare, the environment, and spiritual or religious concerns. Of particular concern to many vegans are the practices involved in factory farming and animal testing, and the intensive use of land and other resources for animal farming.

Properly planned vegan diets are healthful and have been found to satisfy nutritional needs, and may offer protection against heart disease, cancer, and other diseases. Poorly planned vegan diets can be low in levels of calcium, iodine, vitamin B12, iron and vitamin D. Various polls have reported vegans to be between 0.2% and 1.3% of the U.S. population, and between 0.25% and 0.4% of the UK population.

The Vegan Society was founded in 1944 by Donald Watson and Elsie Shrigley, in response to the broadening of the term vegetarian to include the eating of dairy products. The first vegan society in the United States was founded in California in 1948 by Dr. Catherine Nimmo and Rubin Abramowitz and was subsequently incorporated into the American Vegan Society after its founding in 1960 by Jay Dinshah. In 1984, a "breakaway" group from the Vegan Society, the Movement for Compassionate Living, was founded by former Vegan Society secretary Kathleen Jannaway to promote sustainable living and self-sufficiency in addition to veganism. Today, there are many vegan societies worldwide, including national societies in Australia, India, New Zealand, and South Africa. In 1993, the advocacy organization which would become Vegan Outreach was founded by Matt Ball and Jack Norris.

In 1994, the annual World Vegan Day was established on November 1 by the then President and Chair of the Vegan Society, Louise Wallis.[1]