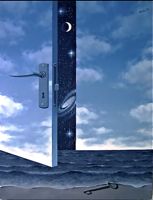 Poetry (from the Greek "ποίησις", poiesis, a "making") is a form of literary art in which language is used for its aesthetic and evocative qualities in addition to, or in lieu of, its apparent meaning. Poetry may be written independently, as discrete poems, or may occur in conjunction with other arts, as in poetic drama, hymns, lyrics, or prose poetry. Poetry is published in dedicated magazines, e-zines, individual collections and wider anthologies, although it is rare to see anything other than lyric poetry outside of collections.

Poetry, and discussions of it, have a long history. Early attempts to define poetry, such as Aristotle's Poetics, focused on the uses of speech in rhetoric, drama, song, and comedy. Later attempts concentrated on features such as repetition, verse form and rhyme, and emphasized the aesthetics which distinguish poetry from prose. From the mid-20th century, poetry has sometimes been more loosely defined as a fundamental creative act using language.

Poetry often uses particular forms and conventions to suggest alternative meanings in the words, or to evoke emotional or sensual responses. Devices such as assonance, alliteration, onomatopoeia, and rhythm are sometimes used to achieve musical or incantatory effects. The use of ambiguity, symbolism, irony, and other stylistic elements of poetic diction often leaves a poem open to multiple interpretations. Similarly, metaphor, simile, and metonymy create a resonance between otherwise disparate images—a layering of meanings, forming connections previously not perceived. Kindred forms of resonance may exist, between individual verses, in their patterns of rhyme or rhythm.

Some forms of poetry are specific to particular cultures and genres, responding to the characteristics of the language in which the poet writes. While readers accustomed to identifying poetry with Dante, Goethe, Mickiewicz and Rumi may think of it as being written in rhyming lines and meter, there are traditions, such as Biblical poetry, that use other approaches to achieve rhythm and euphony. Much of modern British and American poetry is to some extent a critique of poetic tradition, playing with and testing (among other things) the principle of euphony itself, to the extent that sometimes it deliberately does not rhyme or keep to set rhythms at all.

Great poems differ from others exactly because of these, since their words invoke thoughts and powerful feelings in the listener or reader. Some poets, like the Hungarian József Attila, wrote exceptional poems with words combined in sentences that achieve meaning greater than the sum of the meanings of the words. Some of these became sayings in the everyday language. Across time and cultures the meanings of the words change, and make it difficult to enjoy the original beauty and power of poems.[1]