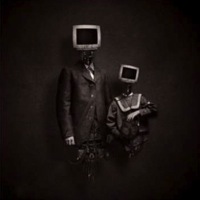 A stereotype is a commonly held public belief about specific social groups or types of individuals. The concepts of "stereotype" and "prejudice" are often confused with many other different meanings. Stereotypes are standardized and simplified conceptions of groups based on some prior assumptions. Generally speaking, stereotypes are not based on objective truth but rather subjective and sometimes unverifiable content-matter.

The word stereotype (στερεότυπος) literally means "solid-kind". It was invented by Firmin Didot in the world of printing; it was originally a duplicate impression of an original typographical element, used for printing instead of the original. American journalist Walter Lippmann coined the metaphor, calling a stereotype a "picture in our heads" saying "Whether right or wrong (...) imagination is shaped by the pictures seen (...) Consequently, they lead to stereotypes that are hard to shake." In fact, the word cliché and stereotype were both originally printers' words, and in their literal printers' meanings were synonymous. Specifically, cliché was a French word for the printing surface for a stereotype. The first reference to "stereotype", in its modern, English use was in 1850, in the noun, meaning "image perpetuated without change".

The term "stereotype" derives from Greek στερεός (stereos) "solid, firm" and τύπος (typos) "blow, impression, engraved mark" hence "solid impression". The term, in its modern psychology sense, was first used by Walter Lippmann in his 1922 work Public Opinion although in the printing sense it was first coined 1798.

Sociologists believe that mental categorizing (or labelling) is necessary and inescapable. One perspective on how to understand stereotyping process is through the categories or ingroups and outgroups. Ingroups are viewed as normal and superior, and are generally the group that one associates with or aspires to join. An outgroup is simply all the other groups. They are seen as lesser or inferior than the ingroups.

A third method to categorizing stereotypes is general types and sub-types. Stereotypes consist of hierarchical systems consisting of broad and specific groups being the general types and sub-types respectively. A general type could be defined as a broad stereotype typically known among many people and usually widely accepted, whereas the sub-group would be one of the several groups making up the general group. These would be more specific, and opinions of these groups would vary according to differing perspectives.

Certain circumstances can affect the way an individual stereotypes. For instance: Studies have shown that women stereotype more negatively than men, and that women read into appearance more than men. Some theorists argue in favor of the conceptual connection and that one's own subjective thought about someone is sufficient information to make assumptions about that individual. Other theorists argue that at minimum there must be a casual connection between mental states and behavior to make assumptions or stereotypes. Thus results and opinions may vary according to circumstance and theory. An example of a common, incorrect assumption is that of assuming certain internal characteristics based on external appearance. The explanation for one's actions is his or her internal state (goals, feeling, personality, traits, motives, values, and impulses), not his or her appearance.[1]