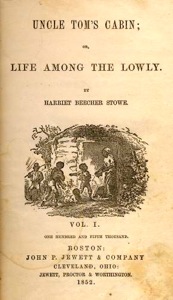 Abolitionism was a movement in western Europe and the Americas to end the slave trade and set slaves free. The slave system aroused little protest until the 18th century, when rationalist thinkers of the Enlightenment criticized it for violating the rights of man, and Quaker and other evangelical religious groups condemned it as un-Christian. Though anti-slavery sentiments were widespread by the late 18th century, they had little immediate effect on the centers of slavery: the West Indies, South America, and the Southern United States. Pennsylvania passed An Act for the Gradual Abolition of Slavery in 1780. Britain banned the importation of African slaves in its colonies in 1807, and the United States followed in 1808. The British West Indies abolished slavery in 1827 and the French colonies abolished it 15 years later.

In Britain, William Wilberforce took on the cause of abolition in 1787 after the formation of the Committee for the Abolition of the Slave Trade, in which he led the parliamentary campaign to abolish the slave trade in the British Empire with the Slave Trade Act 1807. He continued to campaign for the abolition of slavery in the British Empire, which he lived to see in the Slavery Abolition Act 1833.

In eleven States constituting the American South, slavery was a social and powerful economic institution, integral to the agricultural economy. By the 1860 United States Census, the slave population in the United States had grown to four million. American abolitionism labored under the handicap that it was accused of threatening the harmony of North and South in the Union. The abolitionist movement in the North was led by social reformers such as William Lloyd Garrison, founder of the American Anti-Slavery Society; writers such as John Greenleaf Whittier and Harriet Beecher Stowe; former slaves such as Frederick Douglass; and free blacks such as brothers Charles Henry Langston and John Mercer Langston, who helped found the Ohio Anti-Slavery Society.

The 1860 presidential victory of Abraham Lincoln, who opposed the spread of slavery to the Western United States, marked a turning point in the movement. Convinced that their way of life was threatened, the Southern states seceded from the Union, which led to the American Civil War. In 1863, Lincoln issued the Emancipation Proclamation, which freed slaves held in the Confederate States; the 13th Amendment to the U.S. Constitution (1865) prohibited slavery throughout the country. Slavery was abolished in most of Latin America during the Independence Wars (1810–1822), but slavery remained a practice in the region up to 1888 in Brazil, as well as having long life in the remaining Spanish colonies of Cuba and Puerto Rico. In some parts of Africa and in much of the Islamic world, it persisted as a legal institution well into the 20th century.

Abolitionism was preceded by the New Laws of the Indies in 1542, in which Emperor Charles V declared free all Native American slaves, abolishing slavery of these races, and declaring them citizens of the Empire with full rights. The move was inspired by writings of the Spanish monk Bartolome de las Casas and the School of Salamanca. Spanish settlers replaced the Native American slaves with enslaved laborers brought from Africa, so did not abolish slavery altogether.

Today, child and adult slavery and forced labour are illegal in most countries, as well as being against international law. Because slavery still exists, however, with an estimated 27 million people enslaved worldwide, a new international abolitionist movement has recently emerged.[1]