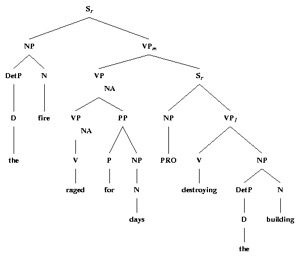 b : an adverb or adverbial phrase (as heartily in “They ate heartily” or at noon in “We left at noon”) attached to the verb of a clause especially to express a relation of time, place, frequency, degree, or manner

In linguistics, an adjunct is an optional, or structurally dispensable, part of a sentence that, when removed, will not affect the remainder of the sentence except to discard from it some auxiliary information. A more detailed definition of an adjunct is its attribute as a modifying form, word, or phrase which depends on another form, word, or phrase, being an element of clause structure with adverbial function.

A simple example of this is as follows:

Take the sentence John killed Bill in Central Park on Sunday. In this sentence:

1. John is the Subject
2. killed is the Predicator
3. Bill is the Object
4. in Central Park is the first Adjunct
5. on Sunday is the second Adjunct[3]

An adverbial adjunct is a sentence element that usually establishes the circumstances in which the action or state expressed by the verb take place.

The following sentence uses adjuncts of time and place:

Yesterday, Lorna saw the dog in the garden.

This definition can be extended to include adjuncts that modify nouns or other parts of speech (see noun adjunct):

The large dog in the garden is very friendly.

Adjuncts are always extranuclear; that is, removing an adjunct leaves a grammatically well-formed sentence. It is for this reason that "is very friendly" in the sentence above is not an adjunct; though it is adjectival, it acts as the predicate and its removal would render the sentence meaningless. However, optional complements are also often removable, so not all removable elements are adjuncts. They are contrasted with complements, which are elements directly selected by another element.[1]