From Nordan Symposia
(Redirected from Adopt)
Jump to navigationJump to search 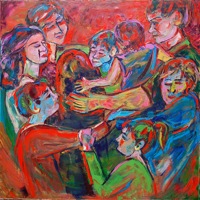 Adoption is a process whereby a person assumes the parenting for another who is not kin and, in so doing, permanently transfers all rights and responsibilities from the original parent or parents. Unlike guardianship or other systems designed for the care of the young, adoption is intended to effect a permanent change in status and as such requires societal recognition, either through legal or religious sanction. Historically some societies have enacted specific laws governing adoption whereas others have endeavored to achieve adoption through less formal means, notably via contracts that specified inheritance, rights and parental responsibilities. Modern systems of adoption, arising in the 20th century, tend to be governed by comprehensive statutes and regulations.

Adoption has a long history in the Western world, closely tied with the legacy of the Roman Empire and the Catholic Church. Its use has changed considerably over the centuries with its focus shifting from adult adoption and inheritance issues toward children and family creation and its structure moving from a recognition of continuity between the adopted and kin toward allowing relationships of lessened intensity

Attitudes and laws regarding adoption vary greatly. Whereas all cultures make arrangements whereby children whose own parents are unavailable to rear them to be brought up by others, not all cultures have the concept of adoption, that is treating unrelated children as equivalent to biological children of the adoptive parents. Under Islamic Law, for example, adopted children must keep their original surname in order to be identified with blood relations, and, traditionally, observe hijab (the covering of women in the presence of non-family) in their adoptive households. In Egypt, these cultural distinctions have led to making adoption illegal.[1]