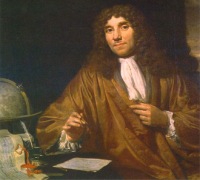 An amateur (French amateur "lover of", from Old French and ultimately from Latin amatorem nom. amator, "lover") is generally considered a person attached to a particular pursuit, study, or science, without pay and often without formal training. Amateurism can be seen in both a negative and positive light. Since amateurs often do not have formal training, some amateur work may be sub-par. For example, amateur athletes in sports such as basketball, baseball or football are regarded as having a lower level of ability than professional athletes. On the other hand, an amateur may be in a position to approach a subject with an open mind (as a result of the lack of formal training) and in a financially disinterested manner. An amateur who dabbles in a field out of casual interest rather than as a profession or serious interest, or who possesses a general but superficial interest in any art or a branch of knowledge, is often referred to as a dilettante.

The lack of financial benefit can also be seen as a sign of commitment to an activity; and until the 1970s the Olympic rules required that competitors be amateurs. Receiving payment to participate in an event disqualified an athlete from that event, as in the case of Jim Thorpe. In the Olympics, this rule remains in place for boxing.

Many amateurs make valuable contributions in the field of computer programming through the open source movement. Amateur dramatics is the performance of plays or musical theater, often to high standards, but lacking the budgets of professional West End or Broadway performances. Astronomy, history, linguistics, and the natural sciences are among the myriad fields that have benefited from the activities of amateurs. Charles Darwin and Gregor Mendel were amateur scientists who never held a position in their field of study.