From Nordan Symposia
(Redirected from Assault)
Jump to navigationJump to search 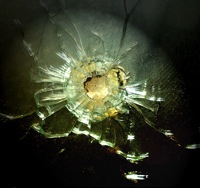 An ad hominem, also known as argumentum ad hominem (Latin: "to the man"), is an attempt to persuade which links the validity of a premise to a characteristic or belief of the person advocating the premise. The ad hominem is a classic logical fallacy. The argumentum ad hominem is not always fallacious, for in some instances questions of personal conduct, character, motives, etc., are legitimate and relevant to the issue.