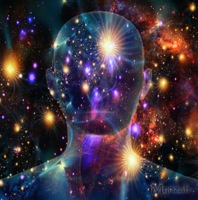 The idea of astral travel is rooted in common worldwide religious accounts of the afterlife in which the consciousness' or soul's journey or "ascent" is described in such terms as "an... out-of body experience, wherein the spiritual traveler leaves the physical body and travels in his/her subtle body (or dreambody or astral body) into ‘higher’ realms." It is therefore associated with near death experiences and is also frequently reported as spontaneously experienced in association with sleep and dreams, illness, surgical operations, drug experiences, sleep paralysis and forms of meditation.

It is sometimes attempted out of curiosity, or may be believed to be necessary to, or the result of, some forms of spiritual practice. It may involve "travel to higher realms" called astral planes but is commonly used to describe any sensation of being "out of the body" in the everyday world, even seeing one's body from outside or above. It may be reported in the form of an apparitional experience, a supposed encounter with a doppelgänger, some living person also seen somewhere else at the same time.

For lessons on the related topic of Out of Body Experience, follow this link.

Through the 1960s and 1970s, surveys reported percentages ranging from 8 percent to as many as 50 percent (in certain groups) of respondents who state they had such an experience. The subjective nature of the experience permits explanations that do not rely on the existence of an "astral" body and plane.

The theme is treated in anthropological or ethnographic literature on witchcraft and shamanism, in classical philosophy and in various myths and religious scriptures.

Emanuel Swedenborg was one of the first practitioners to write extensively about the out-of-body experience, in his Spiritual Diary (1747–65). French philosopher and novelist Honoré de Balzac's fictional work "Louis Lambert" suggests he may have had some astral or out-of-body experience.[46]

There are many twentieth century publications on astral projection, although only a few authors remain widely cited. These include Robert Monroe, Oliver Fox, Sylvan Muldoon and Hereward Carrington.

Carrington, a psychical researcher, and Muldoon, who professed ease with astral projection, jointly published The Projection of the Astral Body in 1929. Techniques they felt facilitated projection included visualizing flying or ascending in an elevator just before going to sleep and trying to regain waking consciousness while in a dream state (lucid dreaming) by habitually recognizing apparent incongruities in one's dream such as a different pattern of wallpaper in one's home. Such recognition, they said, sometimes resulted in the feeling of being outside the physical body and able to look down on it.

Robert Monroe's accounts of journeys to other realms (1971–1994) popularized the term "OBE" and were translated into a large number of languages. Though his books themselves only placed secondary importance on descriptions of method, Monroe also founded an institute dedicated to research, exploration and non-profit dissemination of auditory technology for assisting others in achieving projection and related altered states of consciousness.

Robert Bruce, William Buhlman, and Albert Taylor have discussed their theories and findings on the syndicated show Coast to Coast AM several times. Michael Crichton gives lengthy and detailed explanations and experience of astral projection in his non-fiction book Travels.

Waldo Vieira, a physician and dentist, claims to have had his first OBE at the age of 9 and has gone on to write numerous articles and over 20 books, including Projectiology. Wagner Alegretti, president of and researcher at International Academy of Consciousness, is another out-of-body experiencer, featured on the Discovery Channel en Español[56] and New York's New Realities[57] series.

"Soul Travel", is the soul's ability to leave the body at will or while sleeping and visit the various planes of heaven. Soul travel is a practice taught in Surat Shabd Yoga and derived paths such as Eckankar. This experience is achieved mostly by meditation techniques and mantra repetition. All Sant Mat Gurus widely spoke about this kind of out of body experience, such as Kirpal Singh.

In occult traditions, practices range from inducing trance states to the mental construction of a second body, called the https://en.wikipedia.org/wiki/Body_of_Light Body of Light] in Aleister Crowley's writings, through visualization and controlled breathing, followed by the transfer of consciousness to the secondary body by a mental act of will.[1]