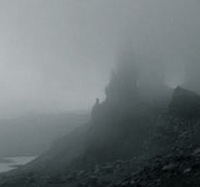 b : somber, grave <an austere critic>

Austerity measures are typically taken if there is a perceived threat that government cannot honor its debt liabilities. Such a situation may arise if a government has borrowed in foreign currencies which they have no right to issue or they have been legally forbidden from issuing their own currency. In such a situation banks may lose trust in government's ability and/or willingness to pay and refuse to roll over existing debts or demand exorbitant interest rates. In such situations, inter-governmental institutions such as the International Monetary Fund (IMF) typically come in and demand austerity measures in exchange for functioning as a lender of last resort. When the IMF requires such a policy, the terms are known as 'IMF conditionalities'.

Development projects, welfare, and other social spending are common programs of spending for cuts. Taxes, port and airport fees and train and bus fares are common sources of increased user fees.

In many cases, austerity measures have been associated with short-term declines in standard of living until economic conditions improved and fiscal balance was achieved.[1]