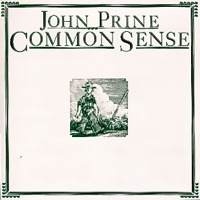 b. More emphatically: Good sound practical sense; combined tact and readiness in dealing with the every-day affairs of life; general sagacity.
c. Ordinary or untutored perception. Obs.
d. As a quality of things said or done (= ‘something accordant to or approved by common sense’).

For lessons on the topic of Common Sense, follow this link.

Philosophy of Common Sense: that philosophy which accepts as the ultimate criterion of truth the primary cognitions or beliefs of mankind; e.g. in the theory of perception, the universal belief in the existence of a material world. Applied to the Scotch school which arose in the 18th c. in opposition to the views of Berkeley and Hume.

Common sense (or, when used attributively as an adjective, commonsense, common-sense, or commonsensical), based on a strict construction of the term, consists of what people in common would agree on: that which they "sense" as their common natural understanding. Some people (such as the authors of Merriam-Webster Online) use the phrase to refer to beliefs or propositions that — in their opinion — most people would consider prudent and of sound judgment, without reliance on esoteric knowledge or study or research, but based upon what they see as knowledge held by people "in common". Thus "common sense" (in this view) equates to the knowledge and experience which most people allegedly have, or which the person using the term believes that they do or should have.

Whatever definition one uses, identifying particular items of knowledge as "common sense" becomes difficult. Philosophers may choose to avoid using the phrase when using precise language. But common sense remains a perennial topic in epistemology and many philosophers make wide use of the concept or at least refer to it. Some related concepts include intuitions, pre-theoretic belief, ordinary language, the frame problem, foundational beliefs, good sense, endoxa, and axioms.

Common-sense ideas tend to relate to events within human experience (such as good will), and thus appear commensurate with human scale. Humans lack any commonsense intuition of, for example, the behavior of the universe at subatomic distances; or speeds approaching that of light.

According to Aristotle and Ibn Sina (Avicenna), common sense provides the place in which the senses come together, and which processes sense-data and makes the results available to consciousness. Thus the modern psychological term, "perception", fulfills the same function. Individuals could have different common senses depending on how their personal and social experience has taught them to categorize sensation.

Locke and the Empiricists

John Locke proposed one meaning of "common sense" in his An Essay Concerning Human Understanding. This interpretation builds on phenomenological experience. Each of the senses gives input, and then something integrates the sense-data into a single impression. This something Locke sees as the common sense — the sense of things in common between disparate impressions. It therefore allies with "fancy", and opposes "judgment", or the capacity to divide like things into separates. (The French theologian Jacques-Bénigne Bossuet arguably developed this theory a decade before Locke.[1]) Each of the empiricist philosophers approaches the problem of the unification of sense-data in their own way, giving various names to the operation. However, the approaches agree that a sense in the human understanding exists that sees commonality and does the combining: "common sense" has the same meaning.

Appeal to common sense characterises a general epistemological orientation called epistemological particularism (the appellation derives from Roderick Chisholm (1916-1999)). This orientation contrasts with epistemological methodism. The particularist gathers a list of propositions that seem obvious and unassailable and then requires consistency with this set of propositions as a condition of adequacy for any abstract philosophical theory. (Particularism allows, however, rejection of an entry on the list for inconsistency with other, seemingly more secure, entries.) Epistemological methodists, on the other hand, begin with a theory of cognition or justification and then apply it to see which of our pre-theoretical beliefs survive. Reid and Moore represent paradigmatic particularists, while Descartes and Hume stand as paradigmatic methodists. Methodist methodology tends toward skepticism, as the rules for acceptable or rational belief tend to the very restrictive (for instance, Descartes demanded the elimination of doubt; and Hume required the construction of acceptable belief entirely from impressions and ideas).

Particularist methodology, on the other hand, tends toward a kind of conservatism, granting perhaps an undue privilege to beliefs in which we happen to have confidence. One interesting question asks whether epistemological thought can mix the methodologies. In such a case, does it not become problematical to attempt logic, metaphysics and epistemology absent original assumptions stemming from common sense? Particularism, applied to ethics and politics, may seem to simply entrench prejudice and other contingent products of social inculcation (compare cultural determinism). Can one provide a principled distinction between areas of inquiry where reliance on the dictates of common sense seems legitimate (because necessary) and areas where it seems illegitimate (as for example an obstruction to intellectual and practical progress)? A meta-philosophical discussion of common sense may then, indeed, proceed: What is common sense? Supposing that one cannot give a precise characterization of it: does that mean that appeal to common sense remains off-limits in philosophy? What utility does it have to discern whether a belief is a matter of common sense or not? And under what circumstances, if any, might one advocate a view that seems to run contrary to common sense? Should considerations of common sense play any decisive role in philosophy? If not common sense, then could another similar concept (perhaps "intuition") play such a role? In general, does epistemology have "philosophical starting points", and if so, how can one characterize them? Supposing that no beliefs exist which we will willingly hold come what may, do there though exist some we ought to hold more stubbornly at least?

Opponents of one of the traditional views of common sense sometime regard reliance on common sense (in its disguise as "received knowledge") as an impediment to abstract and even to logical thinking. This view appears especially popular in mathematics and physics, where human intuition often conflicts with "probably correct" or experimentally verified results. A definition attributed to Albert Einstein states: "Common sense is the collection of prejudices acquired by age eighteen."