From Nordan Symposia
(Redirected from Corrupted)
Jump to navigationJump to search 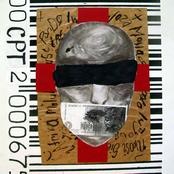 b : decay, decomposition
c : inducement to wrong by improper or unlawful means (as bribery)
d : a departure from the original or from what is pure or correct

All forms of government are susceptible to political corruption. Forms of corruption vary, but include bribery, extortion, cronyism, nepotism, patronage, graft, and embezzlement. While corruption may facilitate criminal enterprise such as drug trafficking, money laundering, and trafficking, it is not restricted to these activities.

The activities that constitute illegal corruption differ depending on the country or jurisdiction. For instance, certain political funding practices that are legal in one place may be illegal in another. In some cases, government officials have broad or poorly defined powers, which make it difficult to distinguish between legal and illegal actions. Worldwide, bribery alone is estimated to involve over 1 trillion US dollars annually. A state of unrestrained political corruption is known as a kleptocracy, literally meaning "rule by thieves".[1]