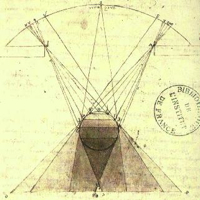 b : the Platonic investigation of the eternal ideas

b (1) usually plural but singular or plural in construction : development through the stages of thesis, antithesis, and synthesis in accordance with the laws of dialectical materialism (2) : the investigation of this process (3) : the theoretical application of this process especially in the social sciences

b : an intellectual exchange of ideas

Dialectic (also dialectics and the dialectical method) is a method of argument for resolving disagreement that is central to Indic and European philosophy, since antiquity. The word dialectic originated in Ancient Greece, and was made popular by Plato in the Socratic dialogues. The dialectical method is dialogue between two, or among more, people holding different points of view about a subject, who wish to establish the truth of the matter by dialogue, with reasoned arguments. Dialectics is different from debate, wherein the debaters are committed to their points of view, and mean to win the debate, either by persuading the opponent, proving their argument correct, or proving the opponent's argument incorrect — thus, either a judge or a jury must decide who wins the debate. The dialectical method is different from rhetoric, wherein the speaker's oratory appeals to either logos, pathos, or ethos; thus, rhetorical speech means to persuade the listeners (auditors) to take the side of the argument presented.

The Sophists taught arête (Greek: ἀρετή, quality, excellence) as the highest value, and the determinant of one's actions in life. The Sophists taught artistic quality in oratory (motivation via speech) as a manner of demonstrating one's arête. Oratory was taught as an art form, used to please and to influence other people via excellent speech; nonetheless, the Sophists taught the pupil to seek arête in all endeavours, not solely in oratory.

Socrates favoured truth as the highest value, proposing that it could be discovered through reason and logic in discussion: ergo, dialectic. Socrates valued rationality (appealing to logic, not emotion) as the proper means for persuasion, the discovery of truth, and the determinant for one's actions. To Socrates, truth, not arête, was the greater good, and that each person should, above all else, seek truth to guide one's life. Therefore, Socrates opposed the Sophists and their teaching of rhetoric as art and as emotional oratory requiring neither logic nor proof. Different forms of dialectical reasoning emerged from the Indosphere (Greater India) and in the West (Europe), and throughout history; Socratic method, Hindu, Buddhist, Medieval, Hegelian dialectics, Marxist, Talmudic, and Neo-orthodoxy.