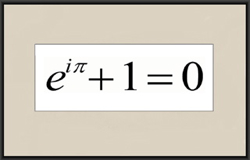 b : tasteful richness of design or ornamentation <the sumptuous elegance of the furnishings>
c : dignified gracefulness or restrained beauty of style : polish <the essay is marked by lucidity, wit, and elegance>
d : scientific precision, neatness, and simplicity <the elegance of a mathematical proof>

Elegance is a synonym for beautiful that has come to acquire the additional connotations of unusual effectiveness and simplicity. It is frequently used as a standard of tastefulness particularly in the areas of visual design, decoration, the sciences, and the aesthetics of mathematics. Elegant things exhibit refined grace and dignified propriety.

Different applications of the term are not fully isomorphic in the sense described by Douglas Hofstadter as follows: “The word ‘isomorphism’ applies when two complex structures can be mapped onto each other, in such a way that to each part of one structure there is a corresponding part in the other structure, where ‘corresponding’ means that the two parts play similar roles in their respective structures.” The lack of such an isomorphism means that various definitions are in some degree mutually inconsistent.

Nonetheless, essential components of the concept include simplicity and consistency of design, focusing on the essential features of an object. In art of any kind one might also require dignified grace, or restrained beauty of style.

Visual stimuli are frequently considered elegant if a small number of colors and stimuli are used, emphasizing the remainder.