From Nordan Symposia
(Redirected from Roles)
Jump to navigationJump to search 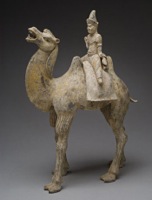 b : a part played by an actor or singer

A role (from the French rôle, and sometimes so spelt in English) or social role is a set of connected behaviours, rights and obligations as conceptualised by actors in a social situation. It is an expected or free or continuously changing behaviour and may have a given individual social status or social position. It is vital to both functionalist and interactionist understandings of society. Social role posits the following about social behaviour:

Roles may be achieved or ascribed or they can be accidental in different situations. An achieved role is a position that a person assumes voluntarily which reflects personal skills, abilities, and effort. An ascribed role is a position assigned to individuals or groups without regard for merit but because of certain traits beyond their control, and is usually forced upon a person.

Roles can be semi-permanent ("doctor", "mother", "child"), or they can be transitory. A well-known example is the sick role as formulated by Talcott Parsons in the late 1940s. In the transitory "sick role", a person is exempted from his usual roles, but is expected to conform to transitory behavioural standards, such as following doctors' orders and trying to recover.

For many roles, individuals must meet certain conditions, biological or sociological. For instance, a boy cannot take the biological role of mother. Other roles require training or experience. For instance, in many cultures doctors must be educated and certified prior to practising medicine.

Role development can be influenced by a number of additional factors, including social, genetic predisposition, cultural or situational.

Roles are also frequently interconnected in a role set, that complement of role-relationships in which persons are involved by virtue of occupying a particular social status. For example, a high school football player carries the roles of student, athlete, classmate, etc.[1]