From Nordan Symposia
(Redirected from Equals)
Jump to navigationJump to search 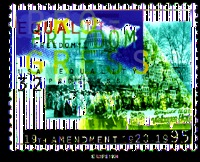 Equality has many meanings, but when associated with social opportunities, the term egalitarian (derived from the French word égal, meaning "equal"), has two distinct definitions in modern English.[1] It is defined either as a political doctrine that holds that all people should be treated as equals and have the same political, economic, social, and civil rights[2] or as a social philosophy advocating the removal of economic inequalities among people.

In modern cultures, peoples tend to be divided into upper or lower classes. However, before the relatively recent agricultural revolution, humanity existed in primarily hunter-gatherer societies that, some believe, were at least largely egalitarian. It is considered by some to be the natural state of society.[3][4][5]

The framers of various modern governments made references to the Enlightenment principles of egalitarianism, "inalienable rights endowed by their Creator," in the moral principles by which they lived, and which formed the basis for their legacy.

The Christian egalitarian view holds that the Bible teaches the fundamental equality of women and men of all racial and ethnic groups, all economic classes, and all age groups, based on the teachings and example of Jesus Christ and the overarching principles of scripture.

At a cultural level, egalitarian theories have developed in sophistication and acceptance during the past two hundred years. Among the notable broadly egalitarian philosophies are socialism, communism, anarchism, left-libertarianism, and progressivism, all of which propound economic, political, and legal egalitarianism, respectively. Several egalitarian ideas enjoy wide support among intellectuals and in the general populations of many countries. Whether any of these ideas have been significantly implemented in practice, however, remains a controversial question. For instance, some[who?] argue that modern representative democracy is a realization of political egalitarianism, while others believe that, in reality, most political power still resides in the hands of a ruling class, rather than in the hands of the people.

A study of American college students published in Nature showed that people are willing to pay to reduce inequality.[6] When subjects were placed into groups and given random amounts of income, they spent their own money to reduce the incomes of the highest earners and increase the incomes of the lowest earners.[7][8] Critics argued that no experiments have been made on working adults whereupon they might not be generous with redistribution of their income.

In a follow-up study, Swiss children showed a significant increase in sharing between the ages of 3 and 8. It has not been determined whether the results of either of these experiments are due to an innate instinct, or exposure to and adoption of the customs of other people.[9]

A society that meets the meritocratic goal of equal opportunity might still be a harsh environment for those who lack the physical or mental capabilities to compete. It can be argued that policies that go beyond the meritocratic ideals are ineffective.[10] Political correctness has been criticized for establishing a "petty word" society.

Various other anti-egalitarian views have been brought forward, among others in the discussion on the distribution of income. To the contrary, John Rawls has argued that the welfare of a society depends on the welfare of the worst-off individual because society is better off if one improves the welfare of others.[11]

Look up egalitarianism in Wiktionary, the free dictionary.