From Nordan Symposia
(Redirected from Gradation)
Jump to navigationJump to search 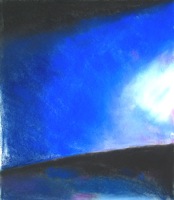 Gradualism is the belief that changes occur, or ought to occur, slowly in the form of gradual steps

In politics, the concept of gradualism is used to describe the belief that change ought to be modified in small, discrete increments rather than abrupt changes such as revolutions or uprisings. Gradualism is one of the defining features of political conservatism and reformism . According to Machiavellian politics, Congressmen are pushed to agree to gradualism.

Martin Luther King, Jr. was opposed to the idea of Gradualism as a method of eliminating segregation. The government wanted to slowly try to integrate African-Americans and White people into the same society, but many believed it was a way for the government to put off actually doing anything about racial segregation:

"This is no time to engage in the luxury of cooling off or to take the tranquilizing drug of gradualism. Now is the time to make real the promises of democracy." Martin Luther King Jr.'s I Have a Dream delivered August 28, 1963 at the Lincoln Memorial in Washington DC

In the natural sciences, gradualism is a theory which holds that profound change is the cumulative product of slow but continuous processes, often contrasted with catastrophism. The theory was proposed in 1795 by James Hutton, a Scottish geologist, and was later incorporated into Charles Lyell's theory of uniformitarianism. Tenets from both theories were applied to biology and formed the basis of early evolutionary theory.

Charles Darwin was influenced by Charles Lyell's Principles of Geology, which explained both uniformitarian methodology and theory. Using methodological uniformitarianism, which states that one cannot make an appeal to any force or phenomenon which cannot presently be observed (see catastrophism), Darwin theorized that the evolutionary process must occur gradually, not in saltations, since saltations are not presently observed, and extreme deviations from the usual phenotypic variation would be more likely to be selected against[citation needed].

Gradualism is often confused with the concept of phyletic gradualism. It is a term coined by Stephen Jay Gould and Niles Eldredge to contrast with their concept of Punctuated equilibrium, which is gradualist itself (but accepts that saltation can occur).

In linguistics, language change is seen as gradual, the product of chain reactions and subject to cyclic drift.[1] The view that creole languages are the product of catastrophism is heavily disputed.