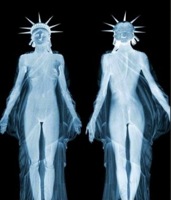 Humiliation is the abasement of pride, which creates mortification or leads to a state of being humbled or reduced to lowliness or submission. It can be brought about through bullying, intimidation, physical or mental mistreatment or trickery, or by embarrassment if a person is revealed to have committed a socially or legally unacceptable act. Whereas humility can be sought alone as a means to de-emphasise the ego, humiliation must involve other person(s), though not necessarily directly or willingly. Acting to humiliate yourself may be linked to a personal belief (as with mortification of the flesh, with some religions), or it can be part of erotic humiliation where the belittling activity provides emotional and/or sexual arousal or heightened sensation.

Humiliation is currently an active research topic, and is now seen as an important - and complex - core dynamic in human relationships, having implications at intrapersonal, interpersonal, institutional and international levels.

Donald Klein described humiliation as "a powerful factor in human affairs that has, for a variety of reasons, been overlooked by students of individual and collective behavior. It is a pervasive and all too destructive influence in the behavior of individuals, groups, organizations, and nations." That statement captures the degree to which humiliation affects our lives, ranging from the deeply personal right up to global levels.

Even though it is a subjective emotion, it has a universal aspect which applies to all human beings: "it is the feeling of being put down, made to feel less than one feels oneself to be." This feeling can be felt as an individual (as when one feels offended by another) or as a community, group or nation.

Feelings of humiliation can produce 'humiliated fury' which, when turned inward can result in apathy and depression, and when turned outward can give rise to paranoia, sadistic behaviour and fantasies of revenge. Klein explains, "When it is outwardly directed, humiliated fury unfortunately creates additional victims, often including innocent bystanders ... . When it is inwardly directed, the resulting self-hate renders victims incapable of meeting their own needs, let alone having energy available to love and care for others." He goes on to say, "In either case, those who are consumed by humiliated fury are absorbed in themselves or their cause, wrapped in wounded pride..."

Because these feelings can have very destructive consequences, ranging from interpersonal conflict to international terrorism, it has called them the "nuclear bomb of the emotions." With an awareness of the emotional power created by humiliation, those feelings can - albeit with considerable effort - be turned into a force for constructive action, as exemplified by people such as Gandhi or Nelson Mandela.[1]

These olden ideas of self-discipline embraced flogging and all sorts of physical torture. The priests of the mother cult were especially active in teaching the virtue of physical suffering, setting the example by submitting themselves to castration. The Hebrews, Hindus, and Buddhists were earnest devotees of this doctrine of physical humiliation. [2]