From Nordan Symposia
(Redirected from Icons)
Jump to navigationJump to search 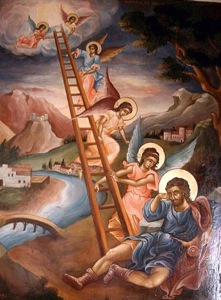 b : a graphic symbol on a computer display screen that usually suggests the type of object represented or the purpose of an available function

An icon (from Greek εἰκών eikōn "image") is a religious work of art, most commonly a painting, from Eastern Christianity and in certain Eastern Catholic churches. More broadly the term is used in a wide number of contexts for an image, picture, or representation; it is a sign or likeness that stands for an object by signifying or representing it either concretely or by analogy, as in semiotics; by extension, icon is also used, particularly in modern culture, in the general sense of symbol — i.e. a name, face, picture, edifice or even a person readily recognized as having some well-known significance or embodying certain qualities: one thing, an image or depiction, that represents something else of greater significance through literal or figurative meaning, usually associated with religious, cultural, political, or economic standing.

Throughout history, various religious cultures have been inspired or supplemented by concrete images, whether in two dimensions or three. The degree to which images are used or permitted, and their functions — whether they are for instruction or inspiration, treated as sacred objects of veneration or worship, or simply applied as ornament — depend upon the tenets of a given religion in a given place and time.

In Eastern Christianity and other icon-painting Christian traditions, the icon is generally a flat panel painting depicting a holy being or object such as Jesus, Mary, saints, angels, or the cross. Icons may also be cast in metal, carved in stone, embroidered on cloth, painted on wood, done in mosaic or fresco work, printed on paper or metal, etc. Creating free-standing, three-dimensional sculptures of holy figures was resisted by Christians for many centuries, out of the belief that daimones inhabited pagan sculptures, and also to make a clear distinction between Christian and pagan art. To this day, in obedience to the commandment not to make "graven images", Orthodox icons may never be more than three-quarter bas relief. Comparable images from Western Christianity are generally not described as "icons", although "iconic" may be used to describe a static style of devotional image.