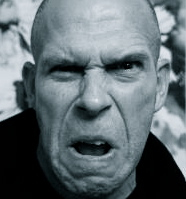 For lessons on the related topic of Conflict, follow this link.

Irritation or exacerbation, in biology and physiology, is a state of inflammation or painful reaction to allergy or cell-lining damage. A stimulus or agent which induces the state of irritation is an irritant. Irritants are typically thought of as chemical agents but mechanical, thermal (heat), and radiative stimuli can also be irritants. Irritation also has non-clinical usages referring to bothersome physical or psychological pain or discomfort. Chronic irritation is a medical term signifying that afflictive health conditions have been present for a while. There are many disorders that can cause chronic irritation, the majority involves the skin, vagina, eyes and lungs.

In higher organisms, an allergic response may be the cause of irritation. An allergen is defined distinctly from an irritant, however, as allergy requires a specific interaction with the immune system and is thus dependent on the (possibly unique) sensitivity of the organism involved while an irritant, classically, acts in a non-specific manner.

It is a form of stress, but conversely, if one is stressed by unrelated matters, mild imperfections can cause more irritation than usual: one is irritable; see also sensitivity.

In more basic organisms, assigning irritation the status of pain is the perception of the being stimulated, which is not observable although it may be shared (see gate control theory of pain).

It is not proven that oysters can feel pain, but it is known that they react to irritation. When an irritating object becomes trapped within an oyster's shell, it deposits layers of calcium carbonate (CaCO3), slowly increasing in size and producing a pearl. This serves no reproductive purpose to the oyster, as pearls do not attract mates for the oyster. It is purely a defense mechanism, to trap a potentially threatening irritant such as a parasite inside its shell, or an attack from outside, injuring the mantle tissue. The oyster creates a pearl sac to seal off the irritation.

It has also been observed that an amoeba avoids being prodded with a pin, but there is not enough evidence to suggest how much it feels this. Irritation is apparently the only universal sense shared by even single-celled creatures.

It is postulated that most such beings also feel pain, but this is a projection – empathy. Some philosophers, notably René Descartes, denied it entirely, even for such higher mammals as dogs or primates like monkeys; Descartes considered intelligence a pre-requisite for the feeling of pain.[1]