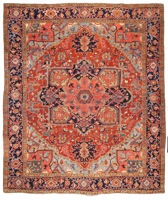 probably after Dutch meesterstuk - meesterstik, meesterstick, variant (now regional) of meisterstuk the piece of work by which a craftsman gained from his guild the recognized rank of master 16th Century

Masterpiece (or chef d'œuvre) in modern usage refers to a creation that has been given much critical praise, especially one that is considered the greatest work of a person's career or to a work of outstanding creativity, skill or workmanship.

Originally, the term masterpiece referred to a piece of work produced by an apprentice or journeyman aspiring to become a master craftsman in the old European guild system. His fitness to qualify for guild membership was judged partially by the Masterpiece, and if he was successful, it was retained by the guild. Great care was therefore taken to produce a fine piece in whatever the craft was, whether confectionery, painting, goldsmithing, knifemaking, or many other trades. The Royal Academy in London is one institution that has acquired a fine collection of "Diploma works" as a condition of acceptance.

Originally the paper which a student needs to present in order to gain the degree of Master of Arts was also such a "Masterpiece" - i.e. a fine piece of scholarship, the particular craft in which the student sought to be admitted as a master craftsman.

In modern times it is used for an exceptionally good piece of creative work or the best piece of work of a particular artist or craftsman.