From Nordan Symposia
(Redirected from Millennial)
Jump to navigationJump to search 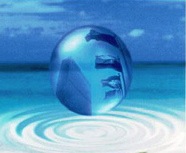 b : a period of great happiness or human perfection

b : a 1000th anniversary or its celebration

Millennialism (from millennium, Latin for "thousand years"), or chiliasm in Greek, is a belief held by some Christian denominations that there will be a Golden Age or Paradise on Earth in which "Christ will reign" for 1000 years prior to the final judgment and future eternal state (the New Heavens and New Earth). This belief is derived primarily from the book of Revelation 20:1-6. Millennialism as such is a specific form of Millenarianism.

Among Christians who hold this belief, this is not the "end of the world", but rather the penultimate age, the age just prior to the end of the world when the present heavens and earth will flee away (Rev. 21:1). Some believe that between the millennium proper and the end of the world there will be a brief period in which a final battle with Satan will take place. After this follows the Last Judgment.

Millennialism is also a doctrine of medieval Zoroastrianism concerning successive thousand-year periods, each of which will end in a cataclysm of heresy and destruction, until the final destruction of evil and of the spirit of evil by a triumphant king of peace at the end of the final millennial age (supposed by some to be the year 2000). "Then Saoshyant makes the creatures again pure, and the resurrection and future existence occur" (Zand-i Vohuman Yasht 3:62).

Various other social and political movements, both religious and secular, have also been linked to millennialist metaphors by scholars.[1]