From Nordan Symposia
(Redirected from Holiness)
Jump to navigationJump to search 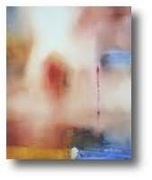 The word "sacred" descends from the Latin sacrum, which referred to the gods or anything in their power, and to sacer, priest; sanctum, set apart. It was generally conceived spatially, as referring to the area around a temple.

The English word holy dates back to at least the 11th Century with the Old English word hālig, an adjective derived from hāl meaning whole and used to mean 'uninjured, sound, healthy, entire, complete’. The Scottish 'hale' (health, happiness and wholeness.) is the most complete modern form of this Old English root. The modern word 'health' is also derived from the Old English hal. As “wholeness”, holiness may be taken to indicate a state of religious completeness or perfection. The word holy in its modern form appears in Wyclif's Bible of 1382.

In non-specialist contexts, the term "holy" is used in a more general way, to refer to someone or something that is associated with a divine power, such as water used for Baptism.

For lessons on the related topic of Sacred, follow this link.

b. Of things: Pertaining to God or the Divine Persons; having their origin or sanction from God, or partaking of a Divine quality or character. the Holy Name, the name of Jesus as an object of formal devotion among Catholics, as in the Litany of the Holy Name and the festival of the Holy Name of Jesus.
c. More generally: Of high and reverend excellence; formerly said of things highly esteemed for their qualities or ‘virtues’.

b. Of actions, feelings, etc.
c. Used trivially: (a) with horror or the like (orig. U.S.), expressing intensity; (b) with unfavourable implication of piety or sanctimoniousness (colloq.); (c) used with a following word as an oath or expletive, as holy cow!, holy Moses!, holy smoke! holy Joe; holy terror: a person of exasperating habits or manners; holy Willie: a hypocritically pious person.

Holiness, or sanctity, is in general the state of being holy (perceived by religious individuals as associated with the divine) or sacred (considered worthy of spiritual respect or devotion; or inspiring awe or reverence among believers in a given set of spiritual ideas). In other contexts, objects are often considered 'holy' or 'sacred' if used for spiritual purposes, such as the worship or service of gods. These terms can also be used in a non-spiritual or semi-spiritual context ("sacred truths" in a constitution). It is often ascribed to people ("a holy man" of religious occupation, "holy prophet" who is venerated by his followers), objects ("sacred artifact" that is worshipped), times ("holy days" of spiritual introspection, such as during winter holidays), or places ("sacred ground", "holy place"). The French sociologist Emile Durkheim emphasized the social nature of religion, in contrast to other leading thinkers of his day such as William James, who emphasized individual experience. Based on studies of Indigenous Australians, Durkheim proposed that most central to religion was not deity but the distinction between sacred and profane: "religion is a unified system of beliefs and practices relative to sacred things, that is to say, things set apart and forbidden." In Durkheim's theory, the sacred represented the interests of the group, especially unity, which were embodied in sacred group symbols, totems. The profane, on the other hand, involved mundane individual concerns. Durkheim explicitly stated that the dichotomy sacred/profane was not equivalent to good/evil: the sacred could be good or evil, and the profane could be either as well.

The German theologian Otto Rudolf Otto, in The Idea of the Holy (originally in German, Das Heilige), defined the holy as an experience of something "wholly other," most famously mysterium tremendum et fascinans, a frightening and fascinating mystery. (He was following the tradition of Friedrich Schleiermacher, who defined religion as a feeling or experience rather than adherence to doctrine.) Otto claimed that this experience was unlike any other; the subject experienced the spirit (the numinous, in Otto's terminology) as overwhelming, sublime, truly real, while he or she was nothing.

Mircea Eliade, among the most influential twentieth-century scholars of religion, adopted Durkheim's terminology, but Otto's idea. Eliade defined the sacred as "equivalent to a power, and in the last analysis, to reality." Like Otto, Eliade insisted that this experience was not reducible to any other experience: in other words, that the sacred is not a mere experience, such as a hallucination, but it really exists. Eliade's analysis of religion focused on the sacred, especially sacred time and sacred space, and very many comparative religion and religious studies scholars in the twentieth century followed him, though scholars such as Jonathan Z. Smith and Russell McCutcheon have challenged his theories.